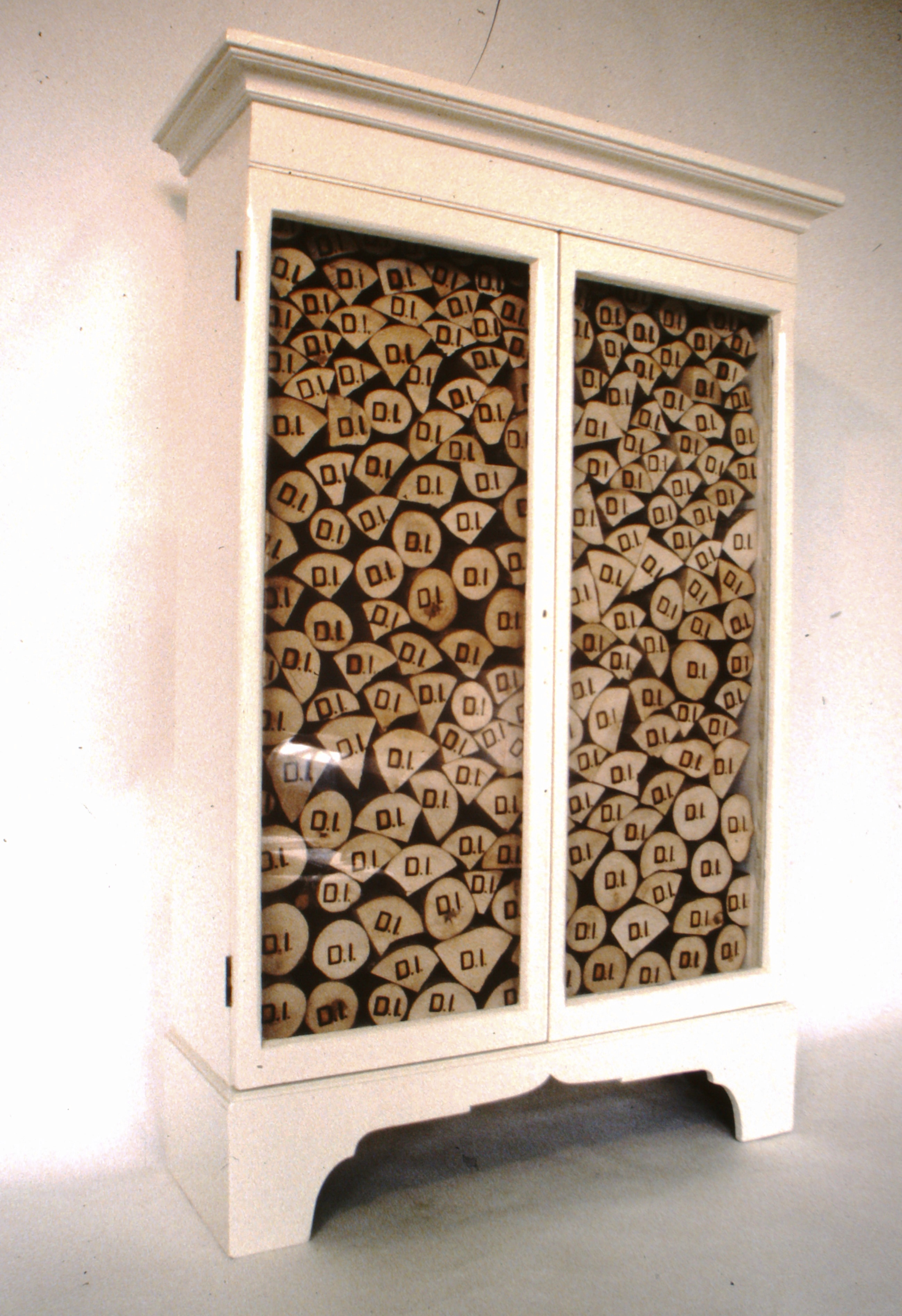 We all have cabinets in our homes, and the home of David Ireland is no different. However, the many cabinets in 500 Capp Street had a different function than most. Rather than cups, plates, or the standard fare one would see in domestic cupboards, Ireland filled his with artworks made by himself and his friends. In a method familiar to Ireland’s overall practice, these objects were regularly interchanged and rearranged. To him, these cabinets were vitrines akin to those in a museum displaying precious objects. When once asked what defines a vitrine he answered, “Anything with glass in it..”

For Ireland, the importance of these vitrines lies in the context they create. Exhibiting objects in cabinets changed the context in which they would be perceived both by the artist and the audience, and sometimes changed even the form of the object itself. David said that taking a painting off of the wall and placing it in a cabinet transformed the painting into a sculpture.

The cabinet became a place to preserve, protect, and elevate the objects it contained. In a typical Ireland vitrine, paintings are placed alongside precarious wire sculptures, clods of dirt, and jars of material like water and sawdust. In his piece Ego, 1992, David stacked pieces of firewood inside a cabinet with his initials “D.I.” branded into them. While playing on the palindromic nature of his initials, Ireland conjures the notion of Id. By putting the logs in a cabinet he implied the protection of his identity.

David’s consistent use of cabinetry throughout his career speaks to his fascination with the importance of context to the fluidity of meaning and intent. The presentation of his objects communicated careful attention and intentionally manipulated the viewer’s interpretation of his work.

What are some ways you elevate everyday items in your home?