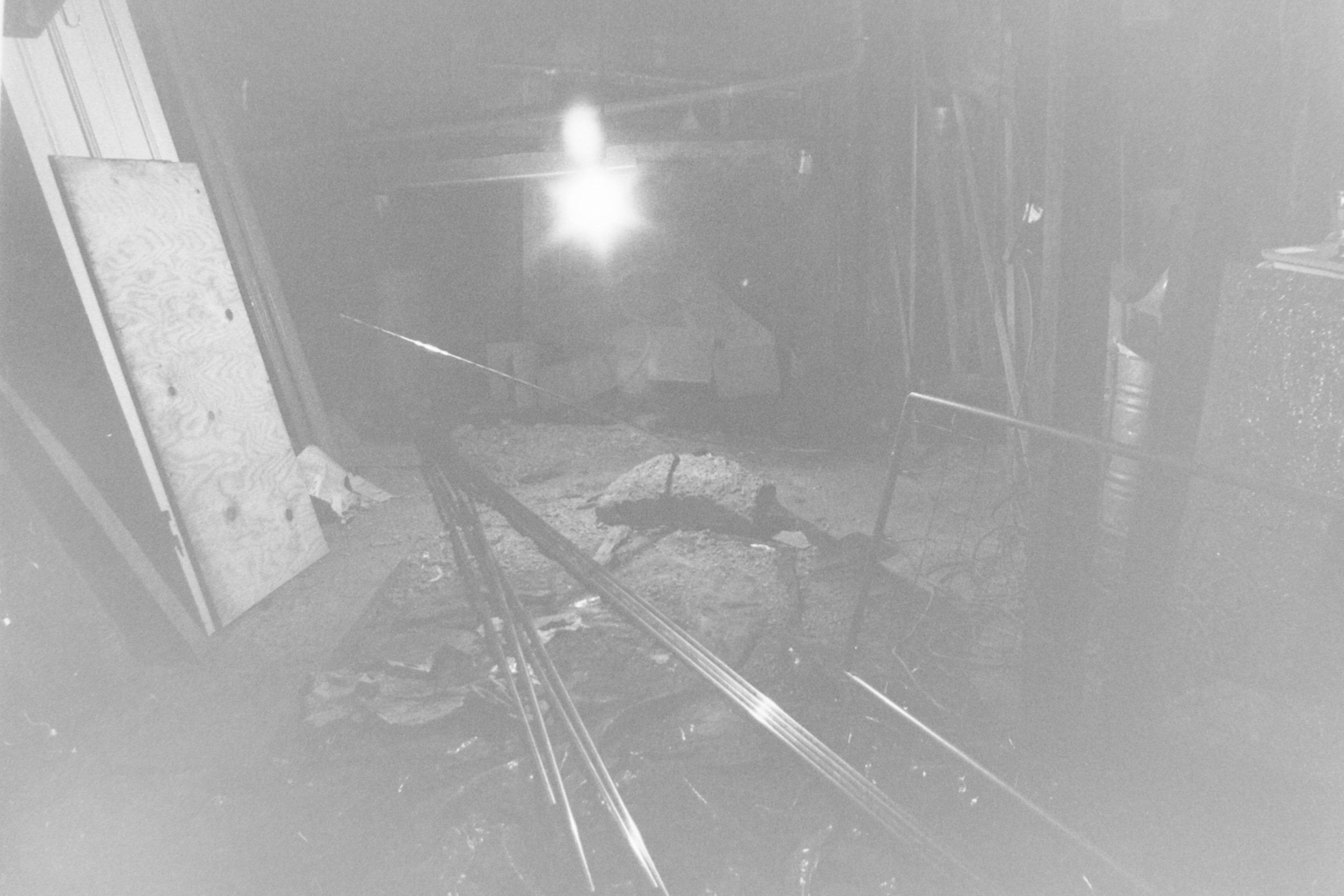 …an eclipse is an astronomical dance, slowly moving, one body sliding between another creating a momentary blackout. It is within this shadow the objects in Be kind to the night transform, shift character, and become animated.

Suspended between the perceptual and the physical, Cerith Wyn Evans’ negative neon, Eclipse, (2005) communicates both the language and environmental act. By voiding the illumination with black pigment the work becomes both legible and inaccessible, creating a double role as a vehicle of meaning and communication.

On the margins, Laura Figa’s Rest Index, (2018) poses as an animated hybrid that can be confused as an architectural feature or a living organism. The work, an altered violin shoulder rest, with patterned indentations added by the artist, implies a form of coded language. Extending from the body onto the architectural surface, a dialogue is created and information becomes abstracted.

Stephen Lichty’s discrete gestures preserve forms that were already there. Branch, (2018) is a large ornamental cutoff from a weeping mulberry tree. Lichty has debarked, treated, and conserved the uniquely twisted branches, causing the organic limbs to become statuesque. Like a phantom limb, Branch reveals itself as a newly discovered memory.

The Garage at The David Ireland House is a flexible exhibition space, included on general tours as well as free and open to the public every Saturday from 12 – 5 pm.