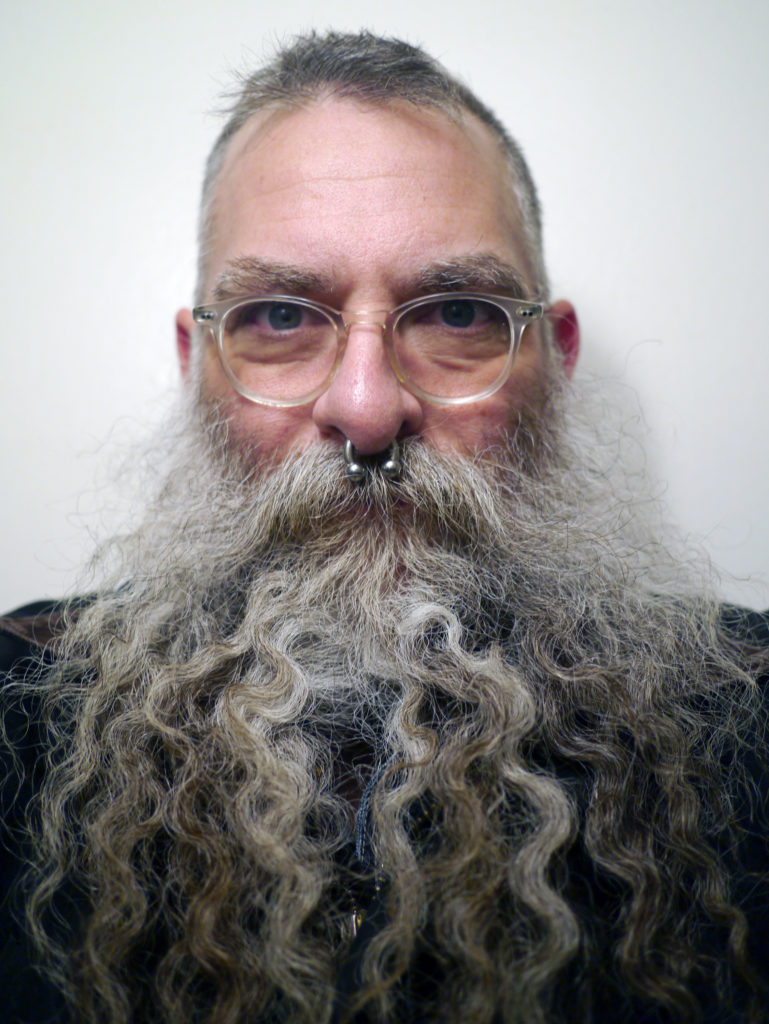 The 500 Capp Street Foundation is proud to present Workroom, a project by Nayland Blake, opening July 29, 2017 in The Garage at the David Ireland House.

Nayland Blake muddles public and private space. A stretched canvas with a cut-out hole becomes a temporary wall over the opened garage door as materials gathered in San Francisco and around his studio in New York make their way into the exhibition space. In Workroom, Blake approaches The Garage at the David Ireland House as a site for production. Where intuitive and spontaneous processes develop into complex and personal inquires into how we define, relate and occupy space.

Blake works in performance, video, sculpture, and drawing, to reconsider and complicate narratives of sexual and racial identity. His work has been described as disturbing, provocative, elusive, tormented, sinister, hysterical, brutal, and tender. Nayland Blake is no stranger to the Bay Area, living in San Francisco from the mid 80’s to 90’s he was involved in the LGBTQ scene in the SOMA district and an active participant in artist-run spaces such as New Langton Arts, Media, Kiki Gallery and established institutions such as the San Francisco Museum of Modern Art, The Berkeley Art Museum, The San Francisco Art Institute, Yerba Buena Center for the Arts.

Nayland Blake (b. 1960) participated in the 1991 Whitney Biennial and the 1993 Venice Biennale. The Tang Teaching Museum and Art Gallery at Skidmore College, Saratoga Springs, New York, presented a survey of his performance-based work in 2003, and his work was the subject of a 2008 survey exhibition at Location One, New York. Most recently, the Yerba Buena Center for the Arts in San Francisco presented a one-man exhibition entitled Free/Love/Tool/Box! In 2012, Blake was awarded a Guggenheim fellowship. Blake chairs the International Photography Center-Bard MFA program and lives and works in Brooklyn, New York. He is currently represented by Matthew Marks Gallery in New York and Anglim Gilbert in San Francisco.