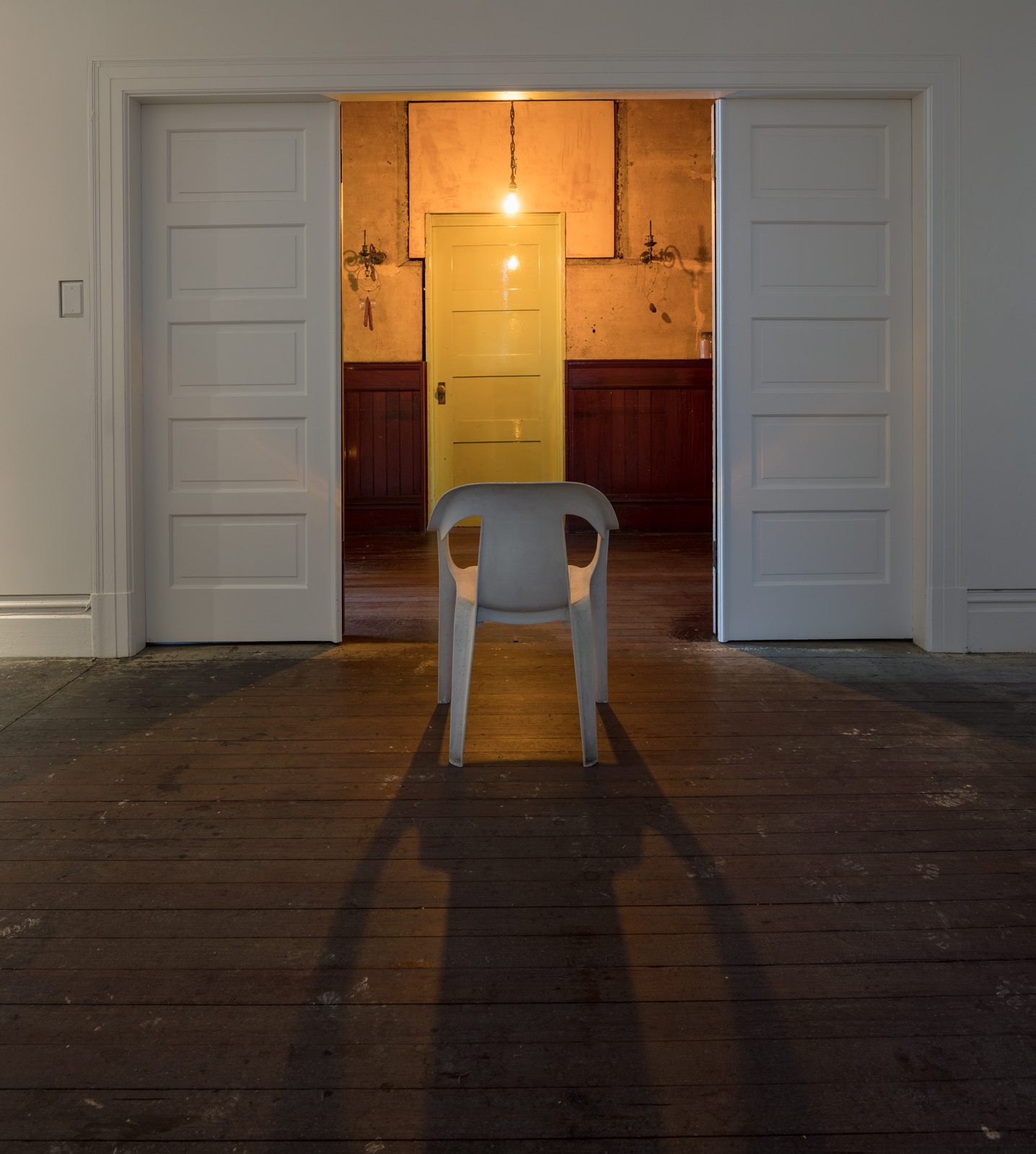 The 500 Capp Street Foundation is proud to present Michael E. Smith, opening November 18, 2017. Detroit-born Michael E. Smith is the first Visiting Artist, since opening to the public in 2016, that The 500 Capp Street Foundation has invited to fully engage with David Ireland’s largest and most famous work, The House, including the walls, floors, textures, windows, available light, as well as The House’s new additions, the terrace and The Garage.

Framing the exhibition, Michael E. Smith, are three David Ireland stage set paintings, Of Mice and men, The Twelfth Night, and Logical Form Study. All circa 1950-53, these early exercises were created during Ireland’s time at California College of Arts and Crafts (now CCA). Notes Bob Linder, Head Curator, The 500 Capp Street Foundation, “The illustrations are not the quick gestured, monochromatic color fields we think about when traditionally referencing Ireland’s work. The stage set paintings are labored, graphic and naive, dramatic and psychedelic in their coloring. Strained, maybe even self-conscious, these predecessors to The House set the stage for Smith’s exhibition.”

Michael E. Smith, the exhibition, creates a dark, humorous, web–like narrative, spun amidst the entire David Ireland House at 500 Capp Street. Designed with a formal sparseness, there’s a theatricality to Smith’s installations in both his sculptures and his video work. Using only existing natural light sources—or sometimes none at all—Smith spends time reading the room/s, crafting relationships, and creating dialogues between objects and given spaces.

Bleakly arranged, Smith’s installations are as important as the works of art themselves. In keeping with Ireland’s practice, Smith’s economy caters to a desire to retain and expose the life span of objects. “Smith’s objects are brutal, honest, and deadpan in the best possible way,” Linder states. His material choices range from videos and sound works, to textiles, to compound objects—made with commonplace things, like tools, garbage, oatmeal, shells, telephone books, hats, sleeping bags, bees, taxidermied animals, a human skull and urethane foam. These (considered) materials are manipulated, re-contextualized, and tweaked enough that they begin to feel out of sync, at which point they’re used to create unexpected or alien environments within a given exhibition space. A viewer might encounter Smith’s work in the margins of the exhibition space: in the corners, on the ceiling, flat on the ground.