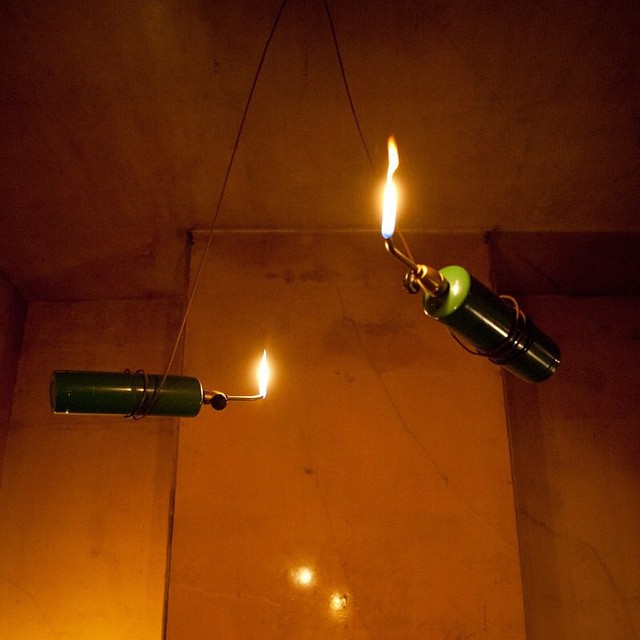 In last week’s blog, we touched on the importance of exploration and travel in David Ireland’s work at 500 Capp Street. Right after finishing graduate school, and shortly before purchasing 500 Capp Street, Ireland traveled to Asia with friends. This time abroad had a deep impact on Ireland’s psyche. While he never formally associated himself with Zen Buddhism, David Ireland embraced many of its philosophies in his life and art practice, as his well-worn copy of Alan Watts’ 1957 book The Way of Zen can testify.

Earth is the most powerful and basic element within Zen Buddhism, and one of the important elements within 500 Capp Street. Ireland collected dirt from under the house, then manipulated and highlighted it throughout 500 Capp Street. Earth is also reflected in the bones that make up living things, providing stability and strength. Ireland was keenly interested in strength represented not only in the bones of an animal, but also in the “bones” of a house.

Water represents the fluid, flowing, formless things in the world and is represented by entities that adapt to their environment. Water influences can be found through the fluid motion of the wet concrete Ireland used in so much of his work as well as his Capillary Action pieces.

Fire is a powerful element within 500 Capp Street and provides light and energy in the house when the chandelier, candelabras and fireplace are actuated. Flames flickering off the glistening walls provide dynamic atmosphere and visual motion within the space.

Wind represents freedom and flow. While many items in 500 Capp Street may seem still, they are a representation of a process of action and movement. Ireland’s practice was in many ways hinged upon the notion that processes of action and repetition can free the artist from the authority of the singular object. By activating his home, Ireland was able to move freely between art and life often making little distinction between the two.

The final element is roughly translated to “void,” representing those things beyond our everyday experience, particularly those things composed of pure energy. This includes creative energy. This element is hard to articulate, but those who have visited 500 Capp Street can attest to the energy radiating from the walls. It has even been said that the air within 500 Capp Street feels different – almost rarified. Perhaps that difference can simply be described as Zen.