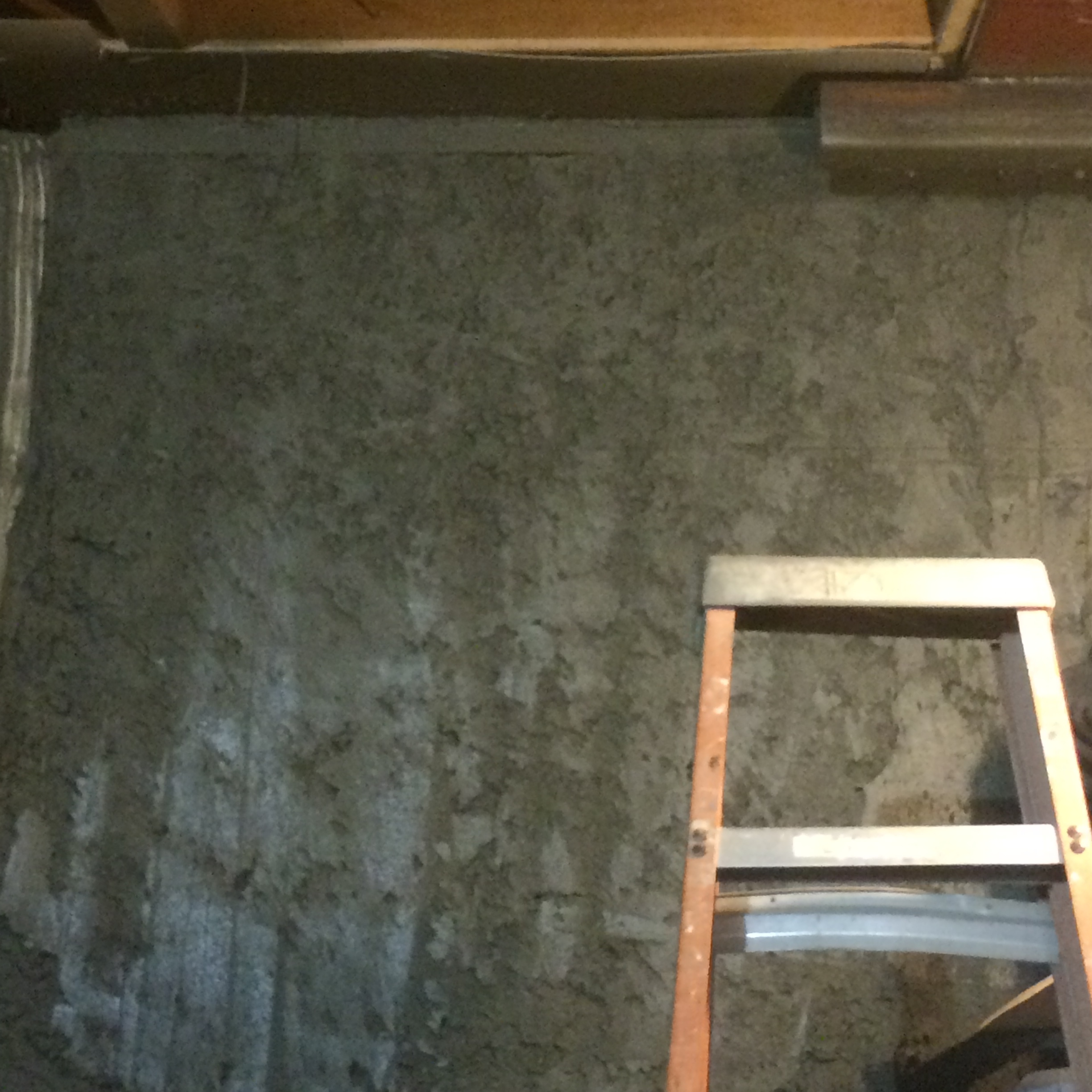 Even with the rainy weather over the past couple of days, our team has been working at full force to install the first panels of waterproofing and moving on to the next phase of construction: The pouring of concrete for the new foundation. This phase holds a lot of significance. Not only does it signify the progression of the project, but also the symbolic nature of concrete as it was a vital material for David Ireland.

As the material most associated with David Ireland’s work, particularly his iconic Dumbballs, concrete was the medium with which David felt most “happy” and “comfortable,” he stated in a 2001 interview with Suzanne Riess. “I was fascinated by the concrete, and I don’t know why: its universal nature, it didn’t cost anything, to speak of, and I felt I could defend it, somehow. I mean defend it if someone put me on the spot and said, “Okay, what are you doing?” I think I could come up with a reasonable answer.”

On Thursday workers poured three footings, one on the north side, one on the south side and and one on the east side of the building. On Friday the crew expertly used a process called “shotcreting” to build out portions of the walls that have been fully excavated. Over the next couple weeks a cycle of excavation and cement pouring will continue as the crew works in sections underneath the house.