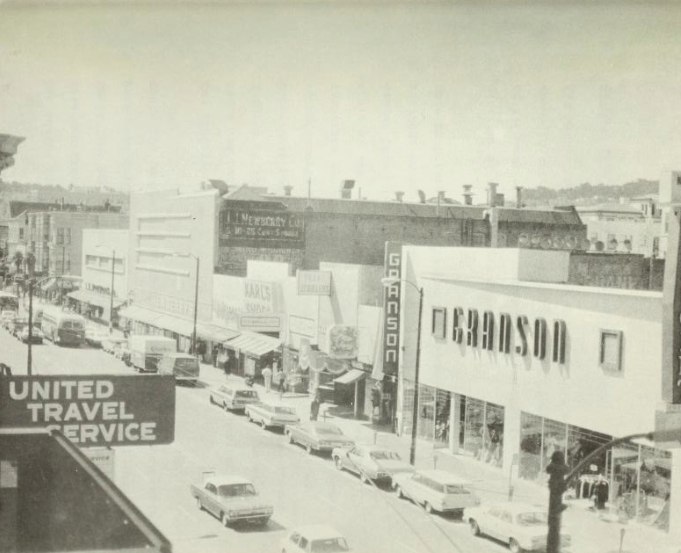 It has been close to 40 years since David Ireland purchased 500 Capp Street. While the surrounding area of the Mission District has been rapidly evolving into the diverse neighborhood we know today, the house has remained embedded with the history of its previous owners.

When David Ireland moved into the neighborhood at 1975 it was still the location of many blue-collar jobs in San Francisco. However, the Mission District was undergoing massive change. Mission Street was the second most populated business area in the city. The Mexican Museum was founded in that year, representing the continued increase in the Hispanic population in the neighborhood since World War II. The average income in the neighborhood was around $8,000-$9,000, while the average city wide was $12,500. BART was built, and with an active public transportation servicing the neighborhood, the Mission was quickly becoming a prime real estate area. Vacancy rates were low and retail space was renting at a range of 50 cents to 75 cents per square foot. San Francisco Chamber of Commerce’s report of that year noted that the “marked increase in property value along Mission and this trend is expected to continue.” This is a trend that continues to this day.

Having lived in Tiburon and owned a small business in North Beach, moving to the Mission was most certainly a profound change for David. But he quickly made friends, and became a neighborhood icon. Even to this day, when our staff are outside the house, we get stopped by locals who tell us wonderful stories about David. To them, he was not “David Ireland the famous artist,” but simply a wonderful neighbor who cared for his community and always said “hello.” This aspect of David’s life is part of the legacy we hope to preserve: not just the art work of David Ireland, but also the sense of community David created within the walls of 500 Capp Street.