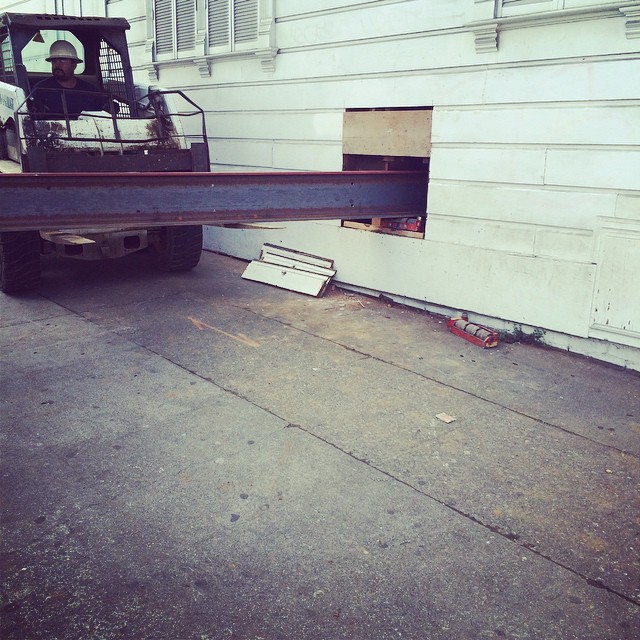 In November 1975, just months after he moved into 500 Capp Street, David Ireland received a notice to repair the sidewalk from the City of San Francisco. Because all homeowners are responsible for the upkeep of sidewalks in front of their property, David begrudgingly complied. In true “David Ireland” style, he turned the chore of repairing the sidewalk into a performance by having it filmed by Tom Marioni.

We had our own little “performance” happening on the sidewalk of 20th Street this week as our crew maneuvered large steel beams into place under the house through small holes cut into the siding. Each beam weighing close to a ton was moved using heavy-duty rollers and a small bulldozer. Once this steel is in place, the structural load of the home will be resting on the beams. This will allow for excavation to be completed, and the original foundation to be replaced with a new concrete one.

We continue to be deeply appreciative of the work our subcontractor Add-A-Garage has done so far. This process has required great skill and a light touch – especially when maneuvering such massive objects! The performance was quite a sight to behold and drew an audience on the sidewalk around the house.