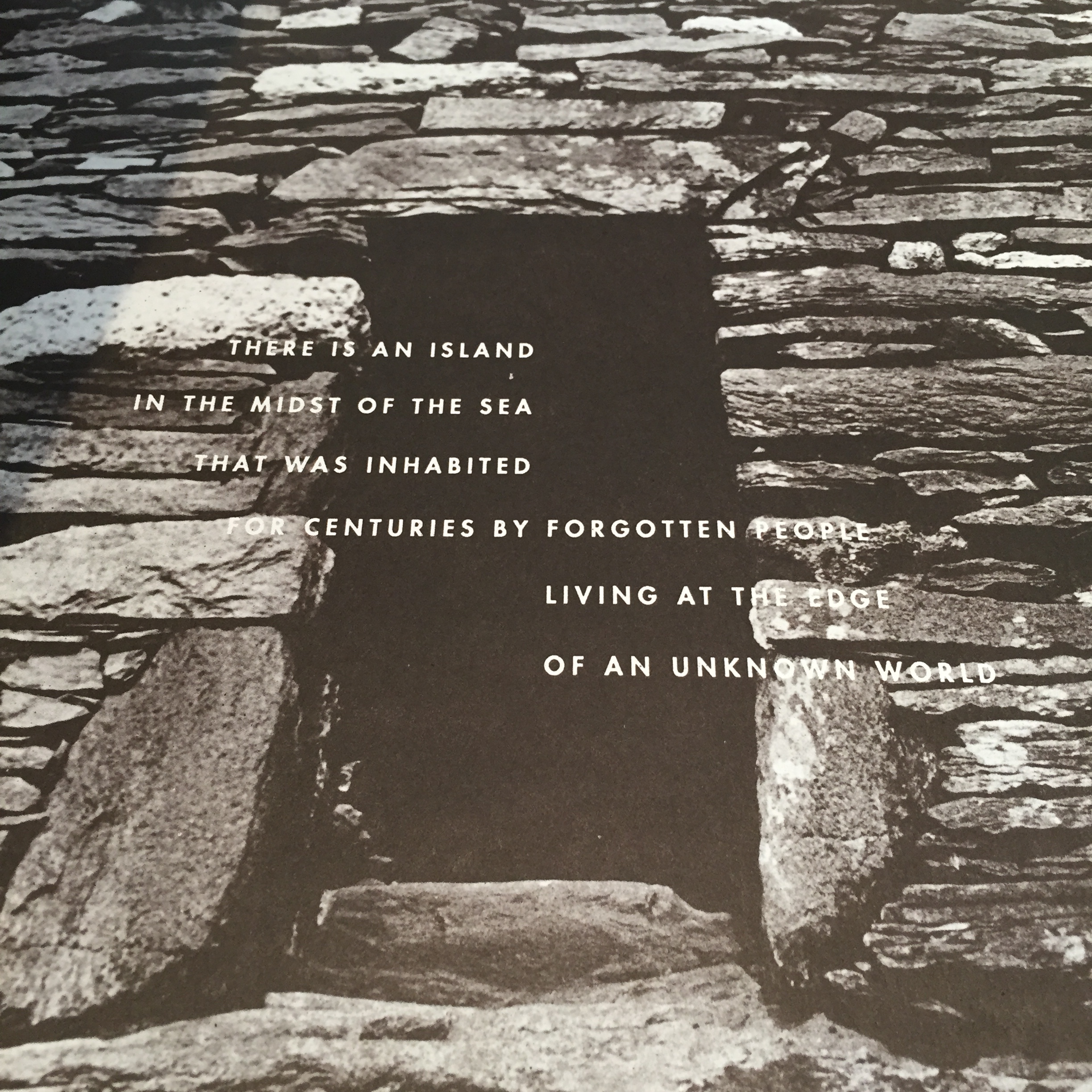 With Saint Patrick’s Day approaching, we decided to revisit the catalogs and images from David Ireland’s formative 1993 trip to Skellig Michael. Skellig Michael, or Great Skellig, is the larger of two remote Skellig Islands off the southern coast of Ireland. While surrounded in folklore, the island is best known for the small 6th century monastery that was built along one of the island’s jagged ridges. It is estimated that only 13 monks lived on site at any given time. In the hermetic tradition of Saint Anthony, they withdrew from civilization in hopes of getting closer to God. The monks were forced to leave around the 12th or 13th century due to a rise in harsh weather conditions, though from the austere photos we have seen it’s difficult to imagine the conditions as ever being anything but harsh.

Ireland traveled to Skellig Michael with Jane Levy Reed to research for an exhibition at the Ansel Adams Center for Photography in San Francisco in 1994. Ireland and Reed shared authorship of the images taken while on Skellig, and their show consisted of 36 images of the island, objects in Ireland’s studio, and pages from their travel journals. As Reed wrote in the catalog for the show: “Collaborating with David Ireland on this project has fulfilled a long-time ambition of ours and given our mutual friendship a new dimension. It has also enabled us to cross the traditional lines separating artist and curator, author and editor, participant and observer. By redefining these roles, we have attempted to create an atmosphere in which new kinds of art can flourish”

Reed also notes Ireland’s awareness of the parallels between his artistic process and the Skellig experience. He “sought to convey the monastic experience of Skellig as a metaphor for his own acts of artistic creation” As some might know, Ireland’s work was often meditative and philosophical in nature, combing elemental qualities to create a blend between the organic and the man-made. This too can be found at the monastery of Skellig Michael, as its builders relied on only the materials provided by the site while treading the precarious line between disturbing and harmonizing with their surroundings.

Since Reed and Ireland’ s voyage to Skellig, the island has since been made a World Heritage Site and tourism is limited to the 13 boats granted access each summer season. But Skellig Michael will not be fading from popular interest anytime soon, given that it serves as one of the locations for the upcoming Star Wars film. It’s safe to assume that JJ Abrams took a very different approach than David Ireland in capturing this historic site.