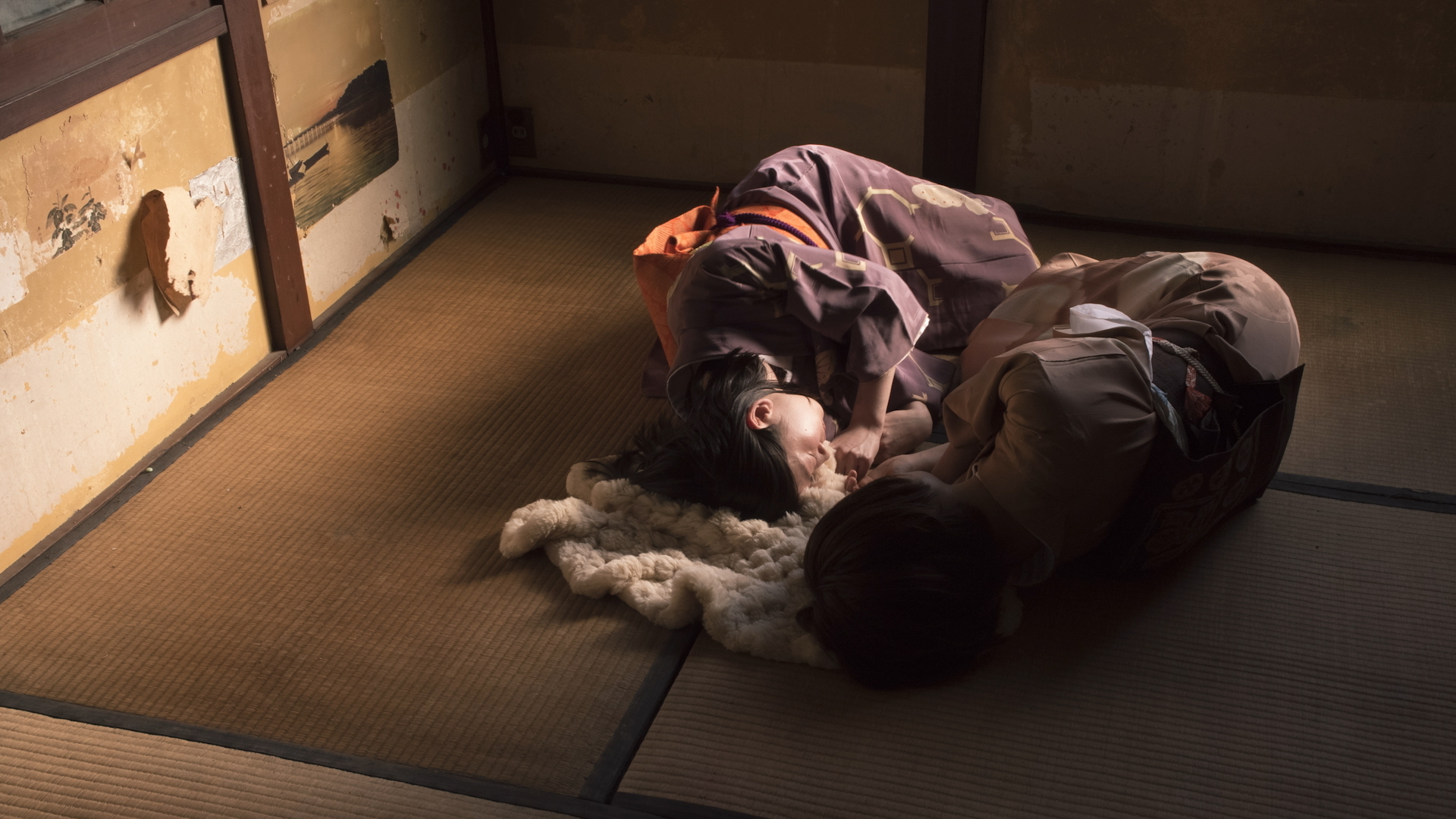 Breathing in the House, An Outdoor Cinema Experience

Join us on the patio of The David Ireland House for a film screening programmed with film curator Aiko Masubuchi. Programmed in response to Below the lighthouse is the darkest part of night, the evening will feature six works screened over the hour-long event: hottamaru・days and Breathing House by Japan-based filmmaker Nao Yoshigai; as well as three short Study pieces and Cherrie and Matthew by Cherrie Yu. Highlighting the relationship of architecture with the choreographies of our bodies, both artists are choreographers/dancers who work with the moving image.

Commissioned to shoot a documentary film about a historical house in Kyoto called Seizasha, that was days away from being demolished, Yoshigai started rolling her camera while helping the residents move out. The house, known as the birthplace of a meditational breathing method called the Okada Style Breathing, became an inspiration for the film itself to become a meditation on breathing.

A selection of short and whimsical studies of movement in which the artist Cherrie Yu traces the movements of others using her own body (sometimes with the help of props). By taking everyday movements out of its original context and restaging them in unexpected places, Yu refocuses our attention onto the movements themselves, drawing out a sense of wry humor and in some instances a catharsis in the synchronization that Yu manages with her subjects—a kind of embodied ethnography through movement.

A recording of a performance at Museum of Contemporary Photography, Chicago, IL by Cherrie Yu and her collaborator Matthew Lemus, who works as a janitor at a highrise building in Chicago. Together, they created a dance derived from Matthew’s daily movements as a janitor and they perform the dance as they recount the process of their collaboration. Video and sound recording by Julian Flavin.

In a small, wooden, one-story house live four dancing nymphs in leotards who impishly scuttle around the house looking for things to collect and share with one another. They live alongside Satoko, a human who spends her days singing in the house. The nymphs lead a comfortable and charmed life until one day, they encounter another little girl who also seems to live in the house. “Hottamaru” is a term coined by Yoshigai, that is a combination of two Japanese words  “Hotteoku” (to leave something as is) and “Tamaru” (accumulating). In houses, things like hair, nails, shedded skin and smells accumulate in everyday life and are perhaps left to collect—unless you have nymphs sauntering around looking for things to play with.

Aiko Masubuchi is a film programmer, producer, and translator based in New York and Tokyo. Formerly the Senior Film Programmer at Japan Society in New York (2013-2018), she has since become independent and has also guest-programmed at theaters including the Museum of Modern Art, Anthology Film Archives, and Film Forum. Her writing and interviews can be found in publications such as Mubi’s Notebook, Screen Slate, and Film Comment. She is one of the producers of The Chicken directed by Neo Sora.