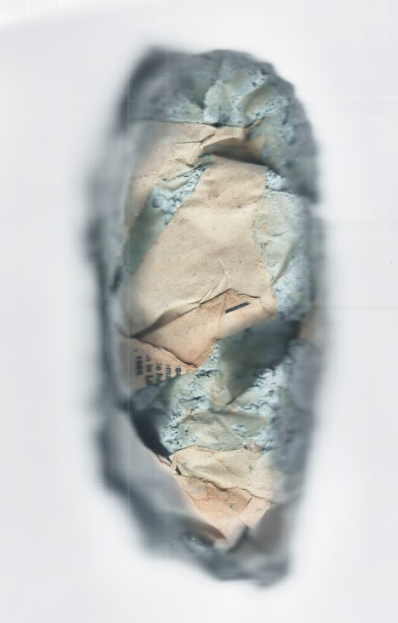 On the occasion of Headlands Center for the Arts’ 40th anniversary in 2022, Headlands joins 500 Capp Street for a project created by Ann Hamilton sited in both locations that highlights the deep connection between the two spaces and their shared stories of material and discovery.

At Headlands, artists David Ireland, Mark Thompson, and a team of collaborators transformed and opened the cluster of former military buildings to artists in 1986, creating an architectural condition that amplified and extended the vocabularies Ireland developed in his ongoing living project on Capp Street. Within this framework, Hamilton responded to these conditions in her 1989-1991 renovation of Headlands’ Mess Hall, transforming the space into a comfortable and inviting gathering place where meals are shared, collaborations are inspired, and creative revelations arise. Also in 1989, Hamilton was in residence at Capp Street Project with an installation entitled Privations and Excesses.

Now, Hamilton returns to both sites for here •  there • then • now, reaching across time and place to form an engagement, reflection, and response. During a research residency at 500 Capp Street in November 2022, Hamilton selected objects  from Ireland’s practice, exploring the typology of their forms and materiality, and scanned each to create luminous images that will be on display along with a newspaper print that will be available as a free, take home memento.

Further connecting the domestic scale of 500 Capp Street with the institutional scale of Headlands’ studio buildings, Hamilton is developing a sculptural audio element that will call across the distance to connect the near at hand with the far away—a pulse, connection, collaboration reaching across time, then and now.

Ann Hamilton is a visual artist internationally acclaimed for her large-scale multimedia installations, public projects, and performance collaborations. Her site-responsive process works with common materials to invoke particular places, collective voices, and communities of labor. Noted for a dense accumulation of materials, her ephemeral environments create immersive experiences that poetically respond to the architectural presence and social history of their sites. Whether inhabiting a building four stories high or confined to the surface of a thimble, the genesis of Hamilton’s art extends outwards from the primary projections of the hand and mouth. Her attention to the uttering of a sound or the shaping of a word with the hand places language and text at the tactile and metaphoric center of her installations. To enter their liminality is to be drawn equally into the sensory and linguistic capacities of comprehension that construct our faculties of memory, reason and imagination.

In a time when successive generations of technology amplify human presence at distances far greater than the reach of the hand, what becomes the place and form of making at the scale and pace of the individual body? How does making participate in the recuperation and recognition of embodied knowledge? What are the places and forms for live, tactile, visceral, face-to-face experiences in a media saturated world? These concerns have animated the site responsive installations that have formed the bulk of Hamilton’s practice over the last 20 years. But where the relations of cloth, sound, touch, motion and human gesture once gave way to dense materiality, Hamilton’s work now focuses on the less material acts of reading, speaking and listening. The influence of collaborative processes in ever more complex architectures has shifted her forms of making, wherein the movement of the viewer in time and in space now becomes a central figure of the work.