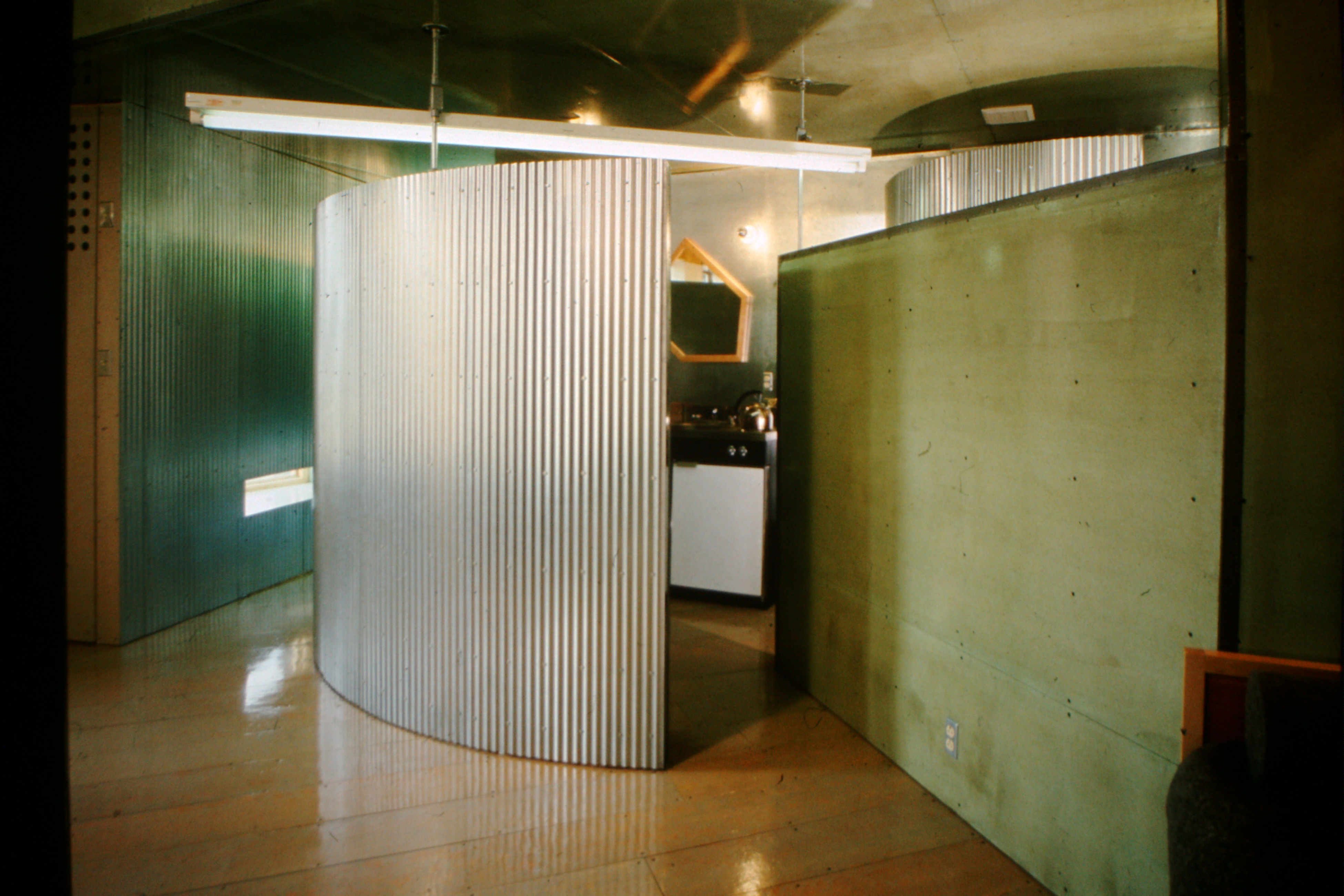 David Ireland’s home on 500 Capp Street has become known as his masterpiece. During his career Ireland worked on other site-specific environmental artworks. Partnering with other artists on design and furniture, David Ireland created functional spaces that were considered art, like his home at 500 Capp Street.

Just a few blocks down from his home on Capp Street was another one of David’s architectural artworks, 65 Capp Street (1979). 65 Capp Street was home to the Capp Street Project, an artist-in-residency program started by Ann Hatch, which housed installation artists who would use the space to create their works. The Capp Street Project was the first residency program in the US that was exclusively dedicated to the creation and presentation of new art installations. Ireland collaborated on a few other artist-in-residence apartments including, Jade Garden (1984-1985), a collaboration with Robert Wilhite for the Washington Project for the Arts in D.C. and Abbott Hall (1996), a collaboration with architect Henry Moss and John Sirois for Addison Gallery in Andover, MA.

Another one of David’s environmental artworks was completed at the Headlands Center for the Arts in Sausalito, California. Ireland teamed up with Mark Thompson from 1986-87 on Building 944, an old 1907 military barrack. He also partnered with Mark Mack on the furniture, created specifically to be placed in these rooms. Similar to his home on 500 Capp Street, Ireland didn’t categorize this work as a restoration. He wasn’t trying to replace details, rather, he was trying to recover details and conserve them. The walls of the Rodeo Room are reminiscent of the glowing amber colored walls of his home at 500 Capp Street.

Through some of Ireland’s architectural works you can see the inspiration from what he was uncovering and creating at 500 Capp Street. The curved walkway in 65 Capp Street is indicative of the unique curved wall in his home. In Jade Garden, he used the same circular fluorescent light fixture that he installed in his second floor hallway. At the Headlands Center for the Arts, Ireland sealed the original surfaces he revealed with the same varnish that gave the walls in his home their signature glow. These site specific locations are symbolic of Ireland’s practice of not distinguishing between life and art.