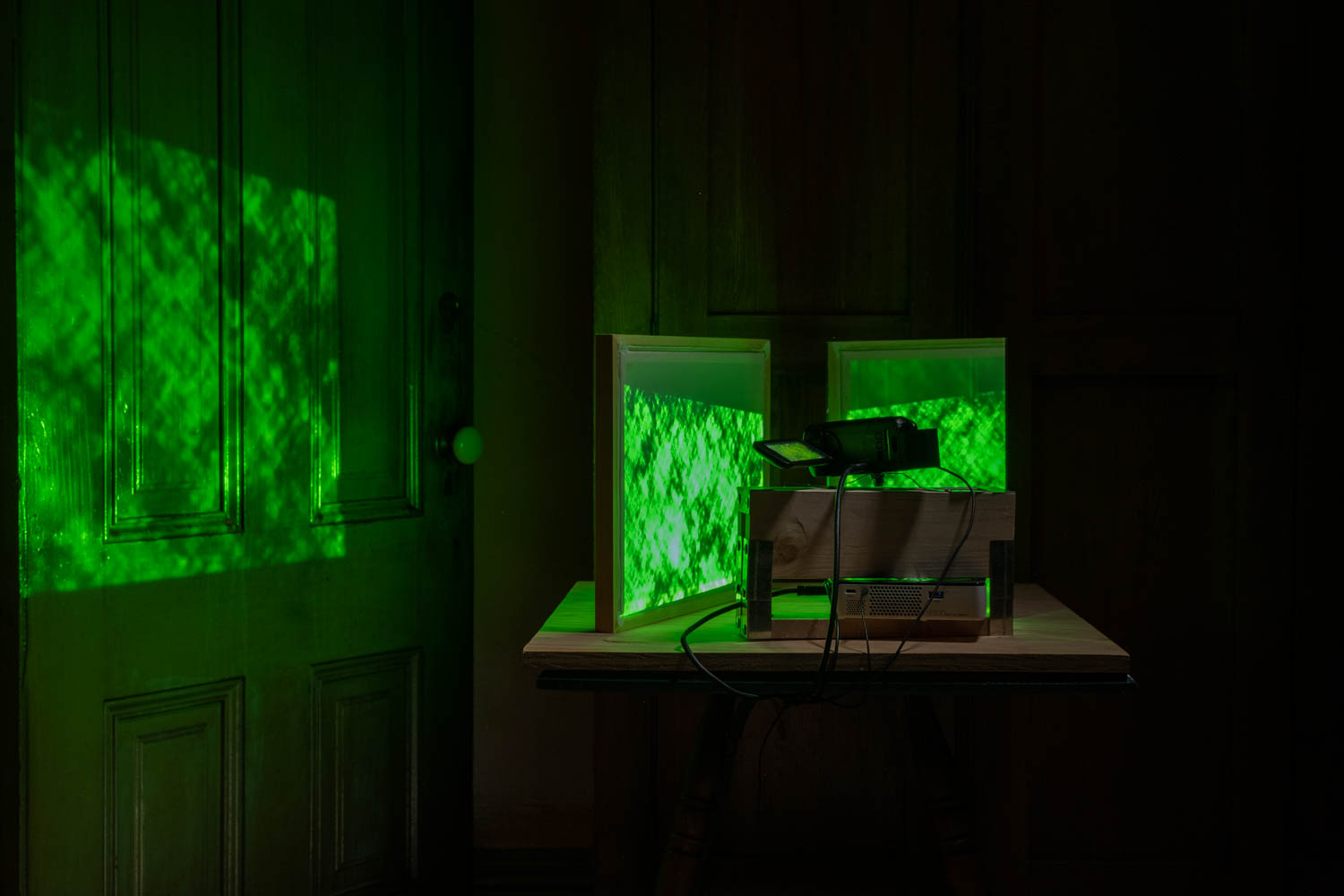 Below the lighthouse is the darkest part of night

An exhibition of the work of New York-based artist duo Zakkubalan, featuring their 2017 collaboration with composer Ryuichi Sakamoto async – volume – and new work created in conversation with The David Ireland House

Working in the intersection of film and photography, New York-based artist duo Zakkubalan, Neo S. Sora and Albert Tholen, present a multimedia exhibition of new and older work at The David Ireland House at 500 Capp Street this fall. This is Zakkubalan’s first solo exhibition in the U.S.

Below the lighthouse is the darkest part of night features their 2017 collaboration with renowned composer Ryuichi Sakamoto entitled async – volume -, a 24-channel video installation that conjures an oblique, behind-the-scenes portrait of the composer and his creative process. Natural field audio captured in Sakamoto’s New York studio entwines with music from his 2017 solo album async to create an ever-shifting ambient soundscape. Twenty four small screens, each playing a looping video, are arranged in a darkened room like a photographic montage and create a womblike window into Sakamoto’s audiovisual environment. The piece collapses into a murky, abstracted space-time, allowing viewers to enter the composer’s subjectivity, where his everyday surroundings become indistinct from the music that they inspire. Below the lighthouse is the darkest part of night marks the first U.S. showing of async – volume –, which was on view as part of the Singapore Biennale 2019 and has been exhibited in South Korea, China and Japan.

The exhibition also features several new works created in response to The David Ireland House itself, which will be installed throughout the historic home. Zakkubalan takes inspiration for these pieces from Ireland’s long held fantasy that the House had been built by a sea captain. Bringing together film, sound, and sculpture, Zakkubalan shines a light on this cherished myth while preserving the fiction by drawing out it’s maritime metaphor. Abstract images of the ocean mingle with shifting light on the curved walls of the House. Sounds of an aging wooden ship mix with 500 Capp Street’s quiet creaks. A shimmering seascape is mapped to the carefully preserved imperfections and cracks in the plaster.

Zakkubalan (est. 2016) is a Tokyo and New York-based artist duo Neo Sora and Albert Tholen working in the intersection of film and photography. The pair graduated from Wesleyan University, and Tholen is a 2017 alumnus of Sony Picture Classics’ IFP Marcie Bloom Fellowship in Film. They have exhibited installation and video work at the 2019 Singapore Biennale, 2019 Dojima River Biennale, Watari-um Museum of Contemporary Art, and the 2017 Reborn-Art Festival, among others. Zakkubalan’s latest fiction short film The Chicken (2020), directed by Sora and produced by Tholen, premiered at the 2020 Locarno Film Festival and has gone on to play festivals around the world, including the New York Film Festival and the Hong Kong International Film Festival.  It was written up in Variety and Cahiers Du Cinema, and Filmmaker Magazine named Sora one of the 25 New Faces of Independent Film.