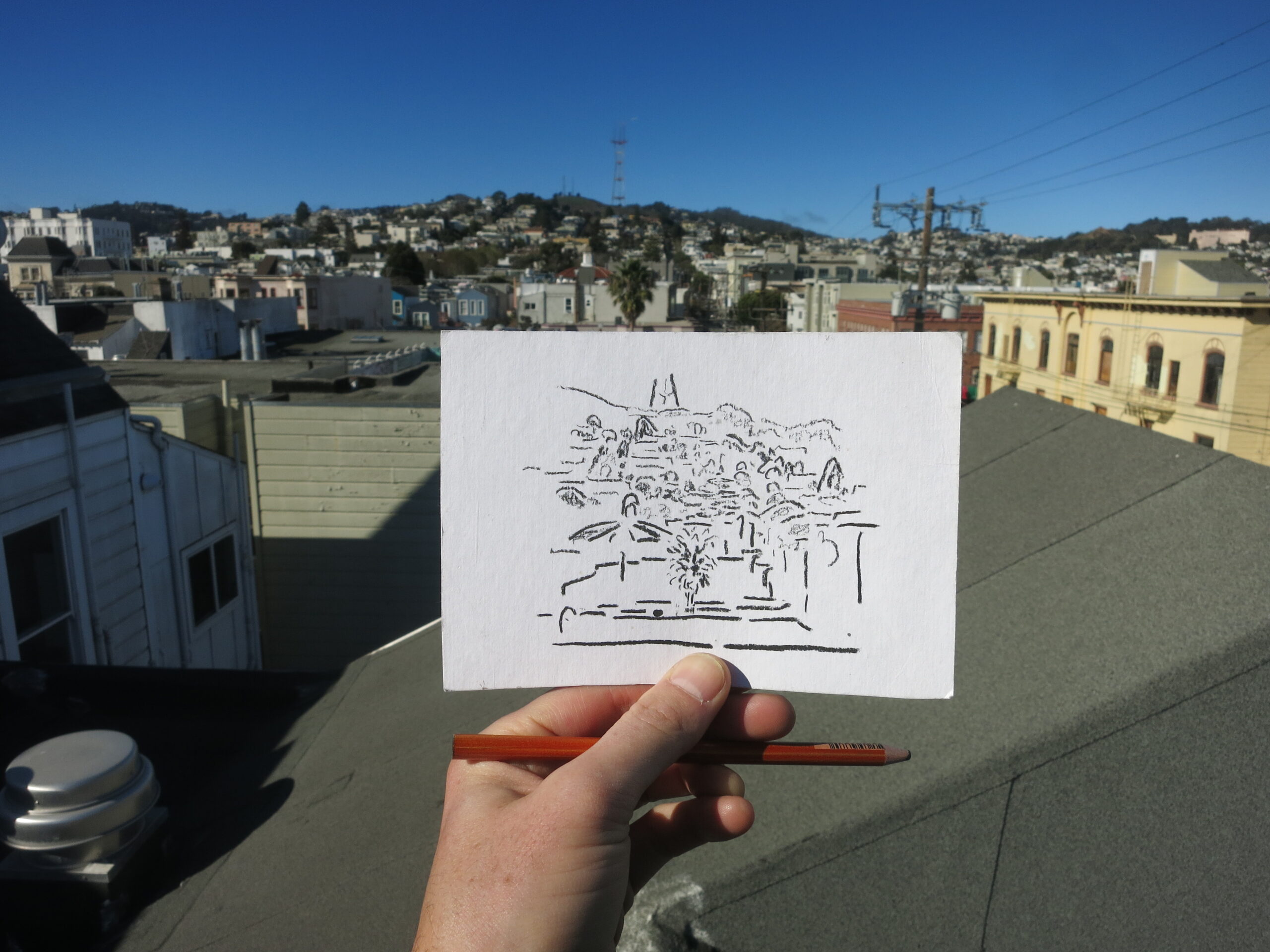 David Wilson’s exhibition Sittings will share the results of the artist’s 4-month residency that began at The David Ireland House in February 2021. It includes a series of scored walks and drawing exercises, as well as public ephemeral installations that situate the House in the context of the neighborhood. A series of public programs featuring his research into the archives are planned as well.

The exhibition encompasses an installation of Wilson’s work within the Accordion Room, Lightwell, and Garage and features drawings and visual records of his daily durational walks, which act as scores of what he calls “episodic times of going and walking.” Other works included in the exhibition are small and large ‘scores’ in watercolor depicting the horizon from the roof of the House. These works act as durational recordings of his daily routine where pieces of the view are slowly patched together to form one brimming perspective of a horizon.

The House’s Garage will be activated with neighborhood public programs where the audience is­­ invited to discover small artist-created offerings. Wilson will be transforming his walking scores into printed directions that can be picked up at the Garage for free and followed to a few outdoor “Sitting” sites in the neighborhood.

In the public installations around the neighborhood, David Wilson points us to three “Sitting” sites or immersive nooks. Wilson plans to leave an offering—copies of drawings and cassette recordings of musicians and poets—as well as a guest book in which visitors are invited to leave behind a trace of themselves. Within these public spaces, programmed engagements will highlight neighboring artistic producers within the “Sitting” site which includes performers, poets, and artists/neighbors.

Wilson imbues a generosity of his process by making space for others to be creative through his invitations of maps and imprints. Inspired by the works of David Ireland and Anna Halprin, he taps into the audience’s potential by allowing an individual to wander and discover freely within the parameters of open space. In creating a “score for walking,” he orchestrates a feeling that one has “arrived” at something, thinking about simple concepts (like a walk) – yet having taken away an onomatopoeia of an experience.