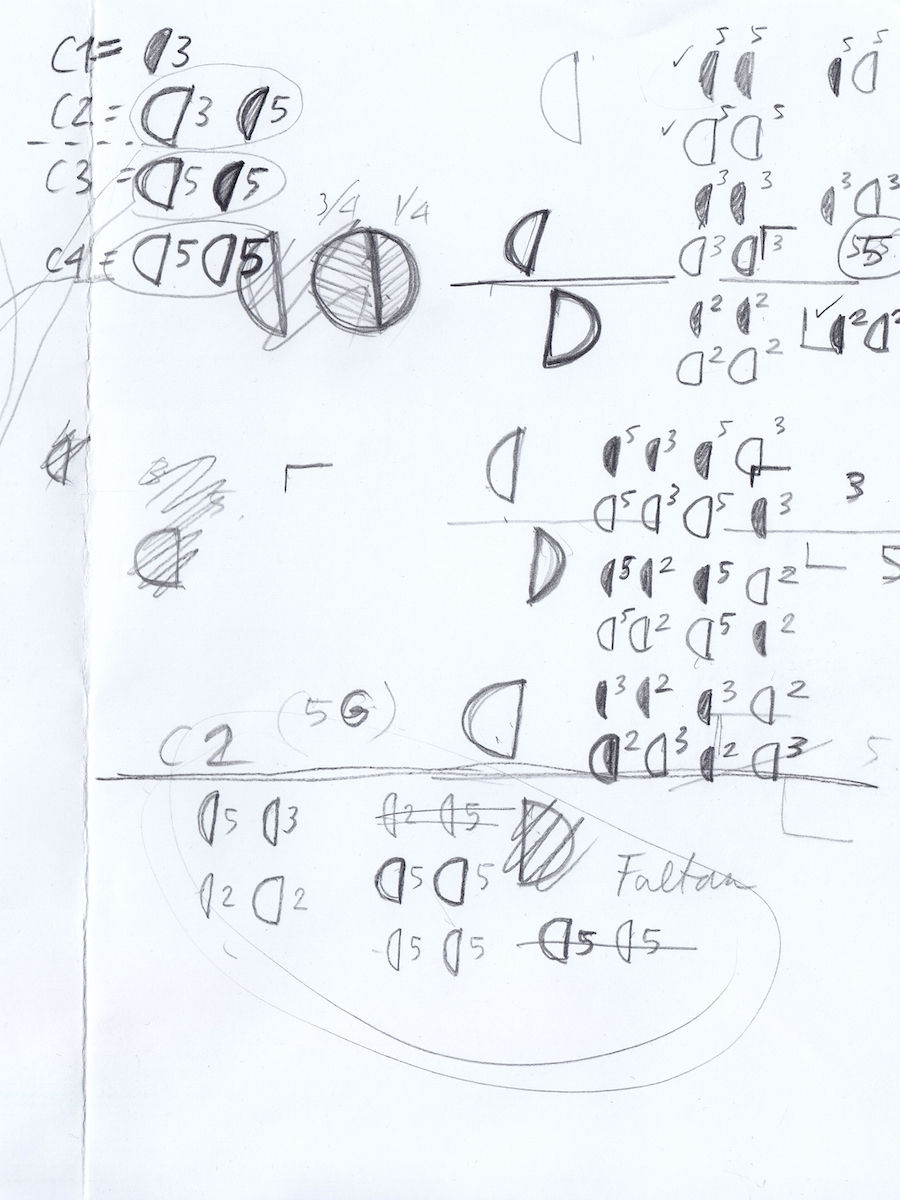 Isabel Nuño de Buen creates sculptural installations resembling architectural models that are largely horizontal, expansive, and fragmentary. These three-dimensional constructions—which the artist refers to as constellations—stem from a complex layering process. Each level operates within its own internal logic; the overall forms are comprised of new material, introduced and contextualized with moments and parts from previous installations. This open form allows the work to amass a rich formal language that intertwines the malleable and structural qualities inherent in drawing and architecture. Nuño de Buen works with a variety of media and materials, including plaster, paper maché, drawing, steel and paint.

For Nightwalks, Nuño de Buen begins by drawing with chalk directly onto the garage floor, creating a fragmented pattern based on her evening explorations around the streets of Hannover, Germany, in search of cardboard materials.

The cardboard is cut, layered and sanded resulting in large modular columns. These modules, created in the artist’s studio and assembled onsite, are built according to their own inner set of rules, which condition the organizational structure of their building. The works’ inherent potentiality for change and re-order allows for multiple configurations, prioritizing the process over the end result. Specifically arranged and placed on top of the drawing, the structures mediate the spatial relations imposed by the drawing, allowing the viewer in determining a sense of place, while creating an obstacle that responds to and plays off of the architecture of The Garage.

Isabel Nuño de Buen (Mexico City, 1985) earned her diploma in Fine Arts at the Hochschule für Bildende Künste Braunschweig, Germany, in 2013, where she also completed the Meisterschüler program in 2014. She has received various grants and awards, including the Grant for Young Creators FONCA (2015-16), Mexico, the Grant for International Studies FONCA – CONACYT (2013-14) (MX) and the Jahresstipendium Niedersachsen (2015) (GE). She currently lives and works in Hannover, Germany as a resident at the Villa Minimo as part of a grant from the Kunstverein Hannover (2017-18). Recent exhibitions include: Creación en Movimiento, Capilla del Arte, Puebla (MX), 2016; scala polis, taut, axis mundi (Constellation 1.2), Kurimanzutto (MX), 2015; Bricologie, Villa Arson, Nizza (FR), 2015.