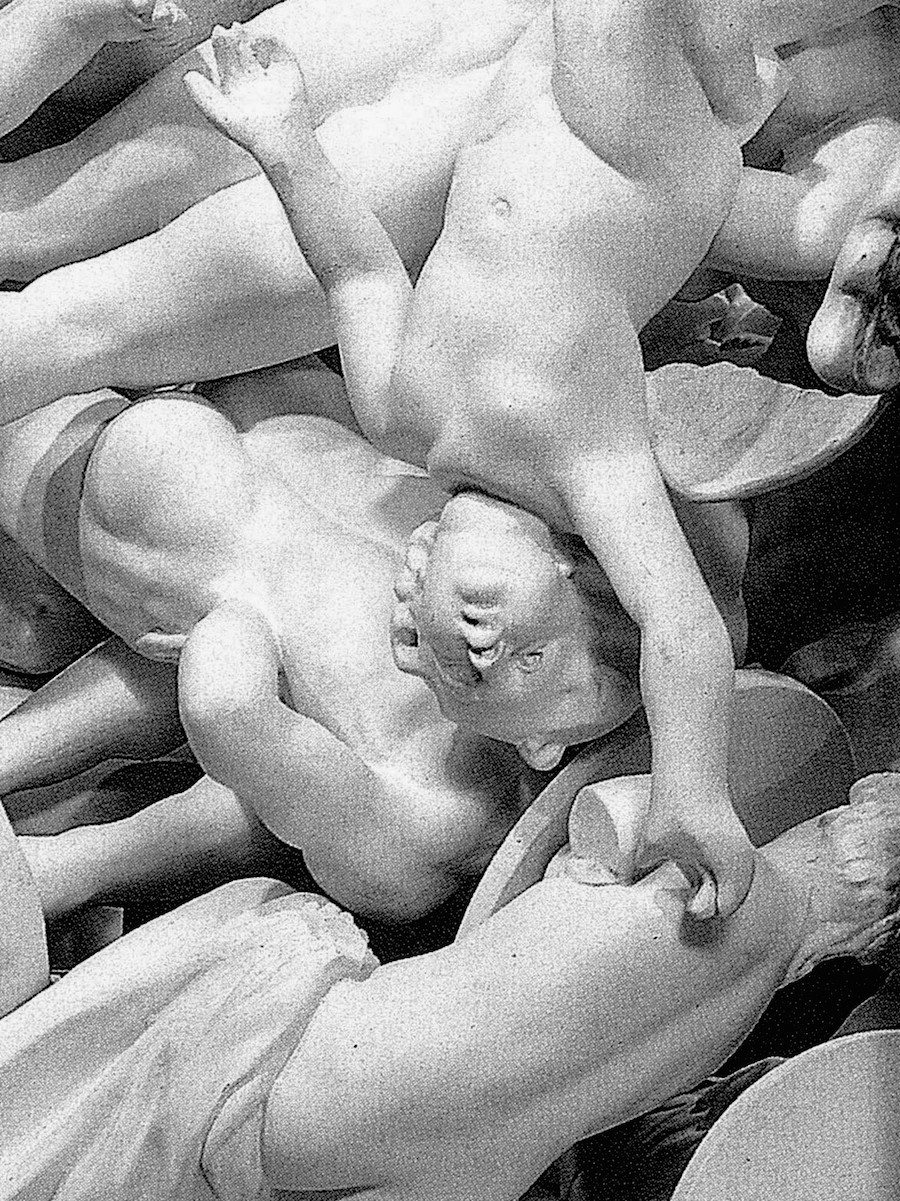 1991, David Ireland and Felix Gonzalez-Torres were featured in the group exhibition, The Savage Garden, at Fundacion ‘la Caixa’, Madrid, Spain. This exhibition, curated by Dan Cameron, explored ideas of landscape as metaphor, the grey area between abstraction and representation, and the desire to deny categorization in terms of artwork that belongs to a specific medium. Box of Angels, expands on the statuary artworks made by David Ireland from 1991 through 1997.

The title itself is taken from an Ireland sculpture, in which he filled a turn-of-the century museum vitrine with an overwhelming number of reproduction statuaries. “Although this particular artwork will not be on view during the exhibition, Ireland’s expansive vocabulary allowing traditional Western iconography to appear in his work will be the exhibition’s driving force,” notes exhibition curator, Diego Villalobos.

For Box of Angels, The 500 Capp Street Foundation curators, Bob Linder and Diego Villalobos, will recreate and expand upon two Ireland installations, Boulevard, (1993) and Angel, (1997). Traditionally seen as mediators between heaven and earth, Ireland used angels to represent thoughts of divine spirituality, tweaking their classical and romantic traditions while continuing to think about them as abstract forms. Linder and Villalobos will recreate Boulevard, (1993, Mattress Factory), a large-scale installation built with concrete lawn ornaments, within the Jensen Architects’ addition of The David Ireland House. For the original 1993 installation, David Ireland used 130 statues, mostly Venuses, a few statues of David, and some winged cherubs. The current installation will include 80 plus statues, sourced from A. Silvestri Co., the same statuary business Ireland used years ago. Recognized first as temple icons, then museum pieces, and eventually ubiquitous lawn ornaments, Ireland’s use of the statues in his Boulevard installation returned the lawn ornaments to the museum. Covering the staircase with ready-made garden figures, leaving just enough room on the side for visitors to maneuver the steps, Ireland placed such a large number of statuaries into the second floor room of the museum, that it became nearly inaccessible.

In addition to Boulevard, the Box of Angels exhibition features Ireland’s, Angel, (1997). For this work of art, Ireland temporarily deconstructed the grey fiberglass angel created for Angel-Go-Round (1996) and presented the figure horizontally on the wall for his ICA Maine College of Art exhibition. During this exhibition, Angel was given a second life, halted from her overhead rotation in Angel-Go-Round and strapped to the wall like a static David Ireland monochrome. The di Rosa Collection has generously agreed to de-install and loan the angel figurine to The 500 Capp Street Foundation for the Box of Angels exhibition, enabling it to be presented horizontally on the wall for only the second time in 20 years.

Box of Angels is honored to feature “Untitled” (Passport), (1991) by Felix Gonzalez-Torres. The 23 x 23 x 4 inch stack of blank white paper – a minimalist object embedded with a multiplicity of meaning – temporarily resides in Ireland’s guest bedroom.

In the absence of information and images, the empty pages leave the question of identity, accessibility, and materiality open-ended. “The blank pages, available for the taking, involve more than just audience participation, these works were critical of the difference between outdoor works of art and true public sculpture,” said Bob Linder, exhibition curator. “Untitled” (Passport) is graciously on loan from the Marieluise Hessel Collection, Center for Curatorial Studies, Bard College, Annandale-on-Hudson, New York.