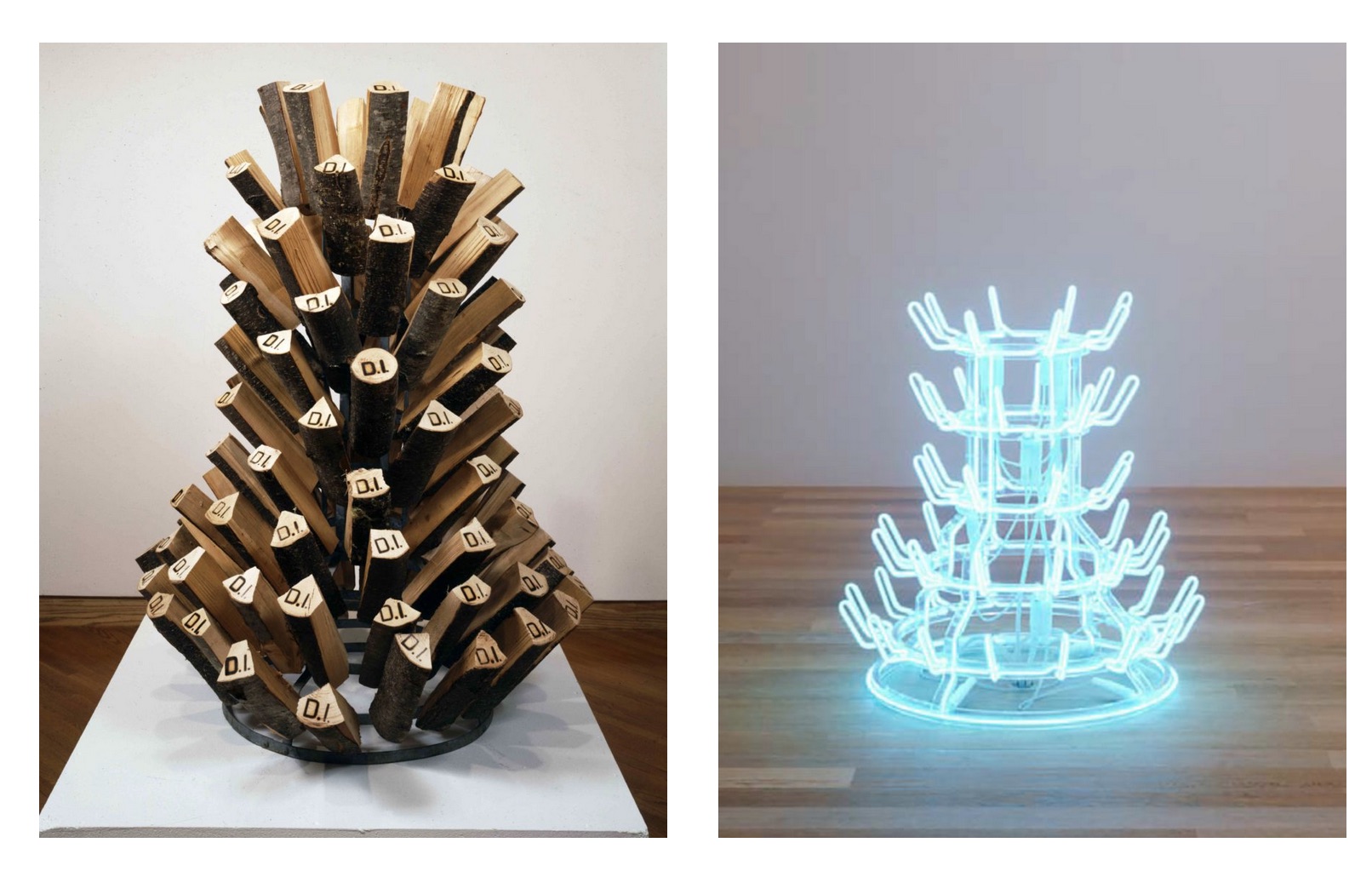 The David Ireland House at 500 Capp Street is pleased to announce the upcoming exhibition, Residue of an Interview, organized and considered together with the work of visiting artist, Bethan Huws.

Welsh artist Bethan Huws and David Ireland did not meet; their work was never exhibited together, and they never sat down to conduct an interview.

This exhibition takes its title from an Ireland artwork, “Residue of an Interview”, a jar filled with an unknown, unspooled ribbon of magnetic tape, dated 1983. This iconic Ireland work of art is being used by The 500 Capp Street Foundation curators as a readymade – “a recording entombed within walls of glass, to explore the Duchampian influences within each of the artist’s practices.” The exhibition’s title, Residue of an Interview, acts as a conceptual framework, linking Huws’ sculpture, film and research notes, with specific David Ireland artworks.

Throughout his career Ireland was greatly influenced by artists from the 1960’s and 70’s such as Joseph Beuys, John Cage, Marcel Duchamp, Yves Klein, and James Lee Byars. Their influences can be witnessed in Ireland’s Duchamp’s Tree, a forty-six inch high nod to the French innovator, who in 1914 conceived a work of art he called “readymades” based on selecting, signing and shifting a common manufactured object, such as a bottle-rack, a bicycle wheel or urinal. In this case, Ireland uses the bottle-rack ironically. Not only does he put back elements of the artists hand by adding cut pieces of wood, each branded with the artists signature, Ireland also claims ownership over not only the object but over the art-historic idea, remaking the readymade so that at any minute it could go up in flames and disappear forever. Duchamp’s Tree is generously on loan from the private collection of Henry and Lisille Matheson. Residue of an Interview will also feature three iconic works by Ireland: Chocolate Grinder, Untitled (The Perfect Thought), and Delection (1980), a recent gift to The 500 Capp Street Foundation from the Bay Area-based collectors Randi and Bob Fisher.

Bethan Huws, a Welsh artist living in Berlin, employs diverse aesthetic means including texts, drawings, objects, and films, as well as an important reference point in Huws’ development over the last 15 years, Marcel Duchamp. Using this historical context as a springboard, she has developed her own very specific body of work that goes far beyond traditional notions of conceptual art. One of the numerous works by Huws in the exhibition is her sculpture Argon, (2006), a glass bottle-rack containing argon and neon gas, specifically referencing Duchamp’s 1914–1964 readymade/s. The etymology of the word argon is derived from the Greek word argos, meaning idle or lazy. Could Huws be referencing the notion that the readymade helped create lazy objects and/or artists?

Within her bodies of work, Huws places great significance on language, its translatability and linguistic questions. Her word vitrines are black showcases with white plastic letters typically employed in administrative contexts. In the featured word vitrine, What’s the point of giving you any more artworks when you don’t understand the ones you’ve got? Huws questions the ability of the audience to understand art. By focusing on the act of communication between the artist and her audience she refers not only to the encounter with the artwork itself, which transforms art as an object into art as experience, but also to the necessity for an agreement on what it is that constitutes the artistic value of the object.

The third work of Huws’ included in Residue of an Interview, is her film Singing for the Sea. A twelve-minute film shot in the summer of 1993, Singing for the Seadocuments a group of eight female Bulgarian singers performing on a beach on the coast of the North Sea in Alnwick, Northumberland. Dressed in traditional Bulgarian costume, the women – known collectively as the Bistrista Babi (or Bistrista Grandmothers) – are seen singing and dancing at the water’s edge on the otherwise empty beach. Huws was drawn to the polyphonic quality of eastern European singers, noting “they pull against each other in permanent tension”. When heard outside a Bulgarian-speaking context, the meaning of the Bistrista Babi’s archaic song becomes incomprehensible, its lyrics abstracted to become pure sense or sound.