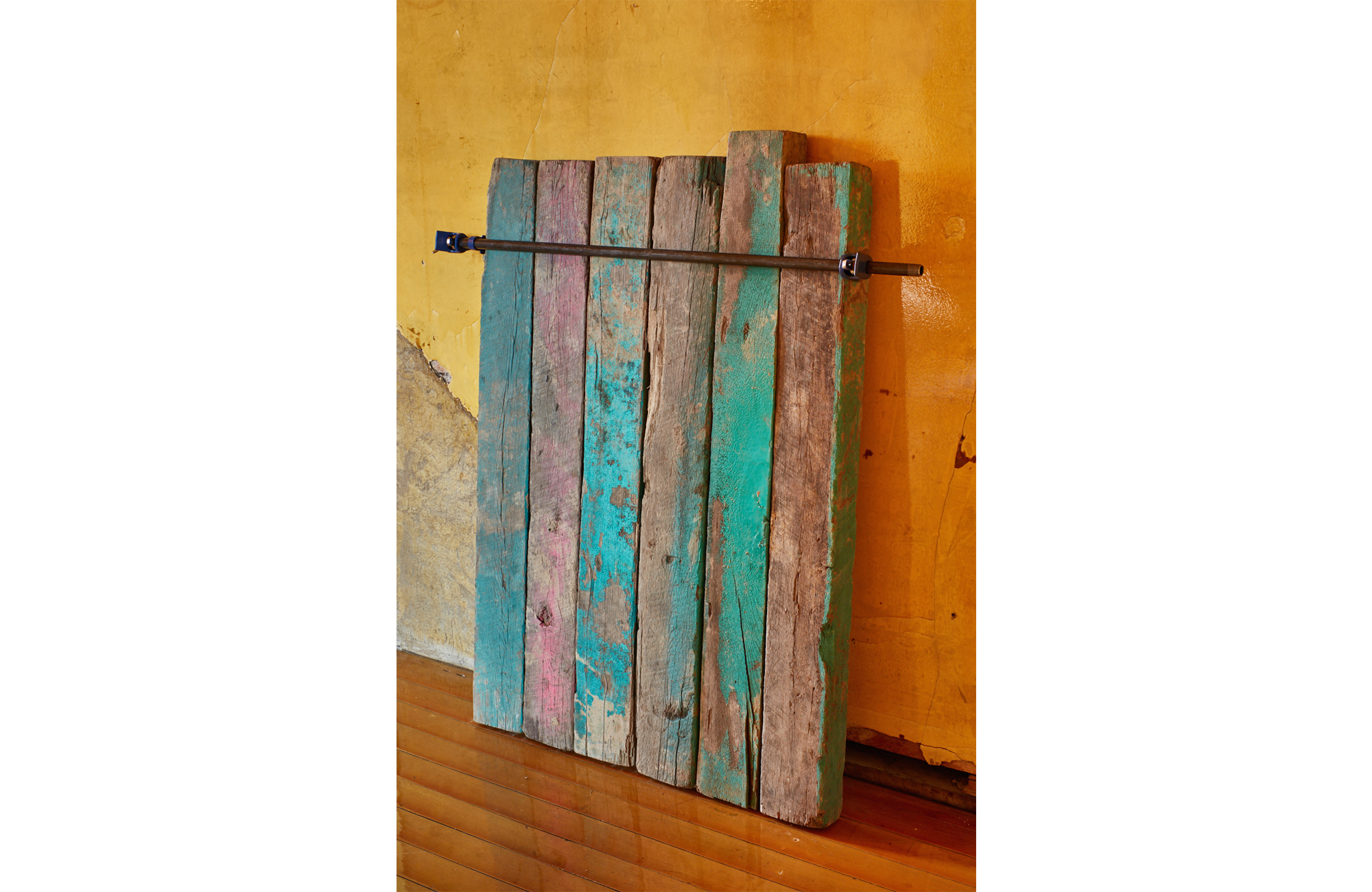 During a lecture given at the San Francisco Art Institute in 1987, David Ireland alluded to his own similar sculptural concerns, comparing his work with that of Giacometti’s sculpture and he asked, “How does one develop a form that evades categorization?” Ireland’s inquiry prompted him to further develop an artistic process that engaged with non-traditional materials and situated work in unusual artistic contexts.

“The exhibition,” as co-curator Diego Villalobos says, “hinges on alternative definitions of “good taste,” situating sculpture in the realm of attitude, beyond its material constraints.” Notes co-curator Bob Linder: “The exhibition uses Giacometti’s surrealist sculpture as a point of conversation between specific David Ireland artworks from The 500 Capp Street Foundation’s collection and features a quintessential Ireland sculpture, on loan from SFMOMA, A Decade Document, Withcomet, Andcomet, Andstool, 1980-1990.” The cabinet engages in a tongue-in-cheek way with Joseph Beuys’ ideas of social sculpture and the dematerialization of the art object. This and other artworks featured in The Disagreeable Object exhibition relate to objects we recognize or desire, but which have been abstracted both psychologically and formally; the works are humorous, strange, and meant to challenge our idea of traditional sculpture.