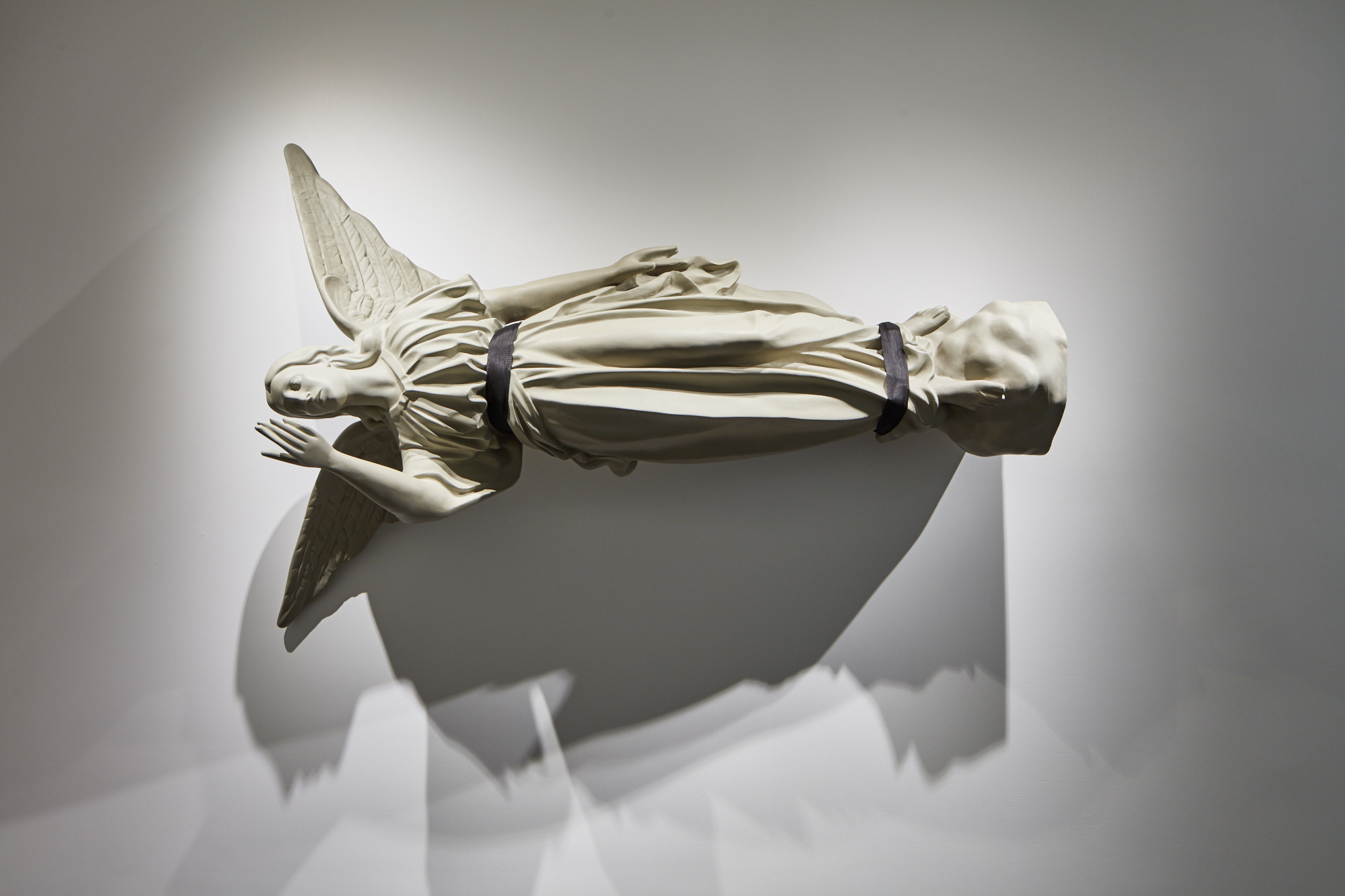 A score by Brian Collentine, directed by Anna Halprin for The David Ireland House
Thursday, July 12, 2017

The 500 Capp Street Foundation proudly presents Earthly Bodies, a site-specific performance work scored by Brian Collentine, directed by Anna Halprin and performed by her movement lab. Based on the exhibition, Box of Angels, at The David Ireland House, the dance reflected on David Ireland’s statuary and iconic works, such as Boulevard, 1993 and Angel, 1997, both of them exhibited for the second time in over 20 years and for the first time at 500 Capp Street. The works demonstrate Ireland’s interests in ideas of conceptual and material frailty and echo in Collentine’s take on the works. The dance begins with the physicality of The House and its location on the corner of Capp and 20th. The upper windows have a clear view of the streets below. The outside comes in. Ireland’s ‘angels’ are strewn helter skelter on the back deck and stairs. The intersection of the two create a relationship that become Earthly Bodies.

Brian Collentine has been studying, performing and working with Anna Halprin for 18 years. He is a graphic designer by profession and has a keen interest in the scoring process & the RSVP Cycles developed by Lawrence Halprin. His movement scores have been performed at YBCA and the Mission Cultural Center. He is a member of Anna Halprin’s Sea Ranch collective and has appeared in a number of her films. For over 50 years, Anna Halprin has been challenging conventional notions of dance. At the core of Halprin’s artistic philosophy is the need for art to reflect the everyday life. This has led her to pursue a new language through movement, resulting in iconic performances such as Parades and Changes (1965), Intensive Care: Reflections on Death and Dying (2000), and Spirit of Place (2009).