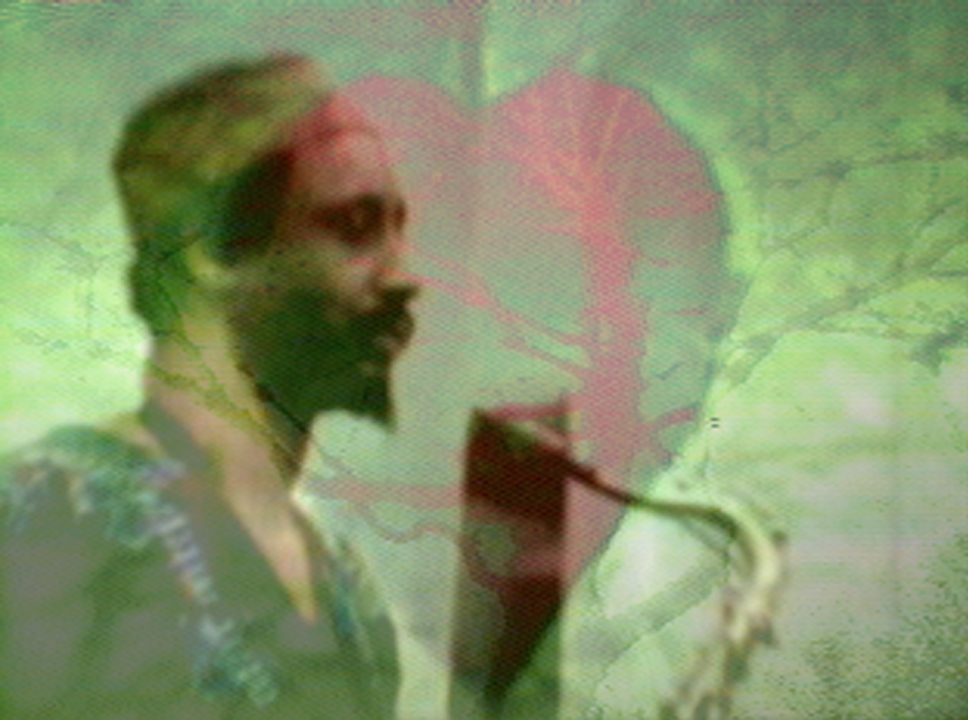 The curtain opens with side A of the 1975 LP Solos Duets by Frank Wright, Bobby Few and Alan Silva. Frank Wright a key figure in the development of the Free Jazz movement had a uniquely expressionist saxophone style defined for being explosive, sensitive and most importantly, unpredictable. Wright collaborated, never producing a single record under his own name with a major label, remaining underground for most of his career.

As we flip the record, Michael E. Smith presents us with Hearts, Heads and Millennia three seminal video works produced in 1979-81 by Barbara Buckner. Buckner employed video and computer technologies to create painterly works of strong visual and symbolic resonance. Her formal explorations of the transformative properties of electronic image-processing technology result in metaphoric works of great pictorial sophistication. In her non-narrative, often silent compositions, Buckner’s dense and elusive imagery hovers between abstraction and figuration, resulting in startlingly mysterious manifestations of an otherworldly sensibility.

As the curtain closes we conclude with side B of Solos Duets. Michael E. Smith too remains behind the scenes, reflecting on the hallucinatory and silent compositions of David Ireland’s stage set drawings while himself remaining just out of reach.