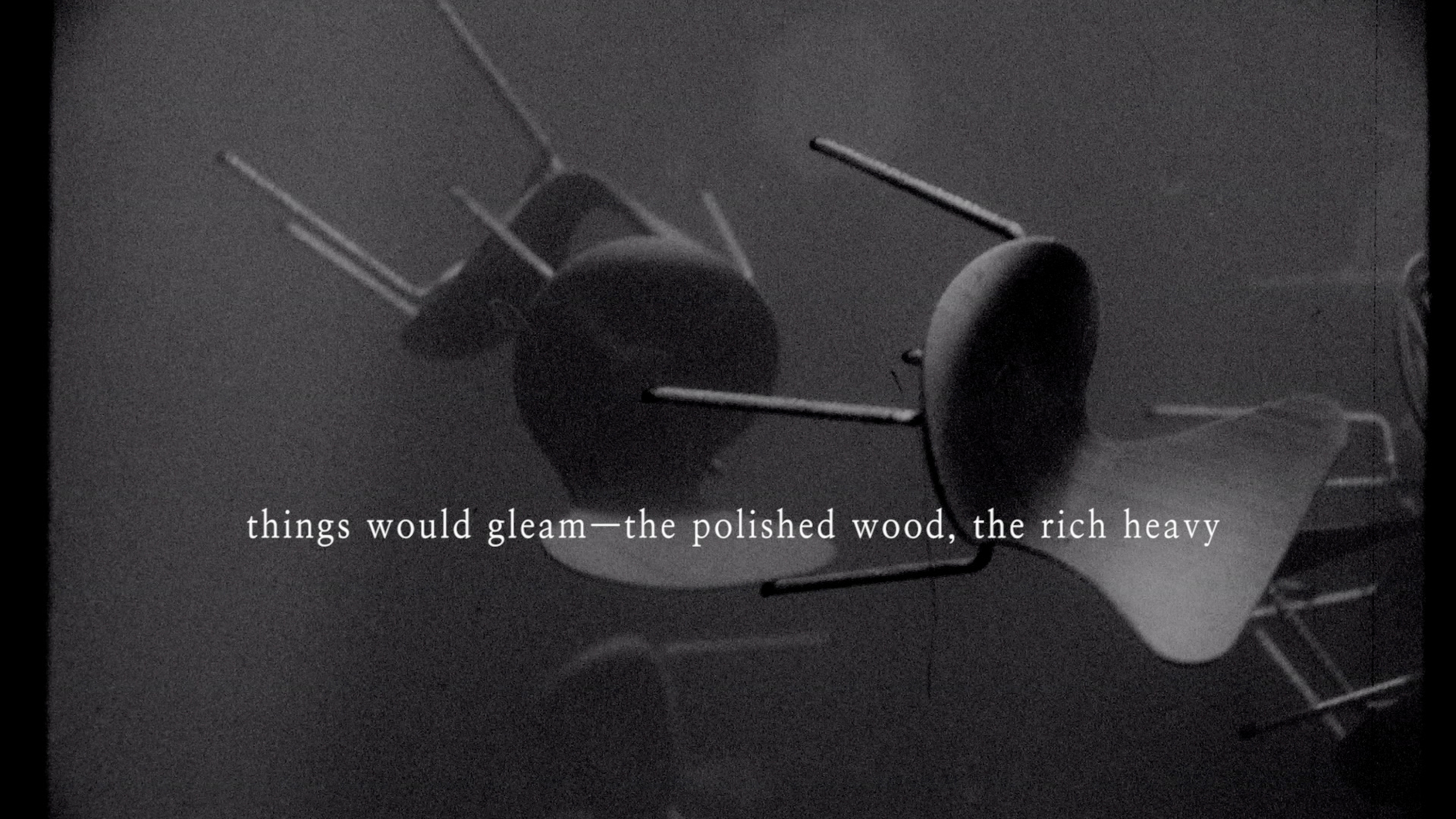 “Your eye, first of all, would glide over the grey…” — George Perec

San Francisco Cinematheque presents Your Eye Would Glide Over the Grey, a series of film and video works that explore the secret lives of objects, the interplay of intimacy, identity and consciousness as modulated by constructed and deconstructed space, and conceptual contrasts between art and non-art objects.

The evening’s program opener The Toy Sun (2011) by Ken Kobland is a despairing ode to T.S. Eliot, Gordon Matta-Clark, Kobland’s old friends and the ravages of time. As a counterweight, cryptic fragmentary works by Julia Dogra-Brazell Mirror Without Likeness (2016) and Karissa Hahn In Nothing Flat and Reveries (2013) talk back and question notions of completion and the fixity of identity. Jean-Paul Kelly’s Movement in Squares (2013) contrasts the eloquent expressivity of painter Bridget Riley, with the devastation of 2011 home foreclosures, ruined lives and disgorged homes. Bettina Hoffmann’s choreographic Myopia (2011) foregrounds sounds in a strangely lush and attenuated interior, while Coral Short’s similarly dance-like between us presents a polymorphous fusion of flesh and furniture.

The final piece of the evening was Dana Berman Duff’s post-Warholian Catalogue Volume 10 (2017)—part of the artist’s ongoing post-Warholian examination of advertising and home decor—layers the cryptic text of Georges Perec’s Things: A Novel of the Sixties (1965) over a tragically submerged flock of Arne Jacobsen knock-offs, a drowning flock of schooling chairs.