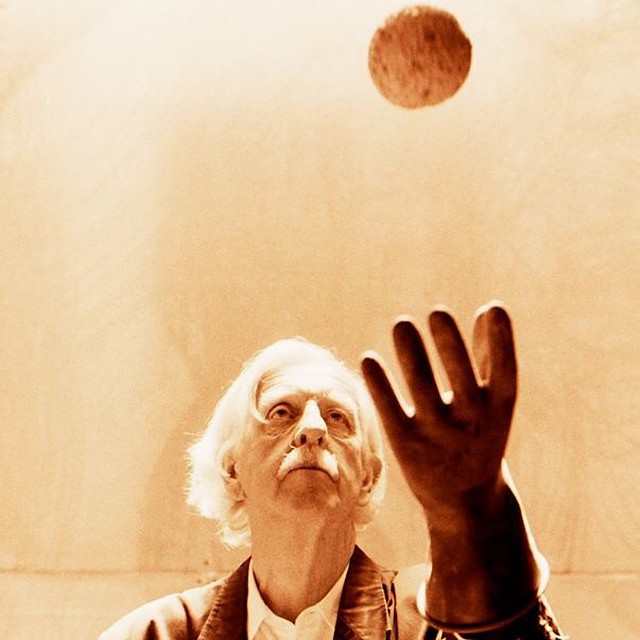 “But the perfect Dumbball tries to become faithful to the process.”

David Ireland was very conscious of the notion of ‘process’ during daily life and when creating works of art. Dumbballs (1982-2009) are some of his works where process was most significant. Adhering to the process of creating a Dumbball was the only way to produce a successful one and Ireland believed that anyone could create one as long as they followed that process.

The Dumbball has its beginnings in Ireland’s desire to create a non-shape and a non-designed object. After having a discussion with a gallery owner who told him the very act of putting effort into non-designing means he is designing, he decided to give way to the idea of process.

This idea of process work began with his “maintenance action” on 500 Capp Street in 1975. While stripping wallpaper David thought, “…I was starting to get some feeling for process. And the perfection of the process is how well it comes out in my mind.”

The process of creating a Dumbball requires you to pass concrete back and forth between your hands for about ten hours. Concrete requires very close attention to be molded. If you are true to the process you will create a perfect sphere. However, if you become distracted and set your Dumbball down before the process is complete, you will end up with a flattened side and not a sphere. Ireland called these, Smartballs.

The thought of doing the same motion for ten hours maybe frightening for most people. Ireland occupied his time by reading books, watching television and having conversations with friends. Do you think you could be true to the process and create a Dumbball?