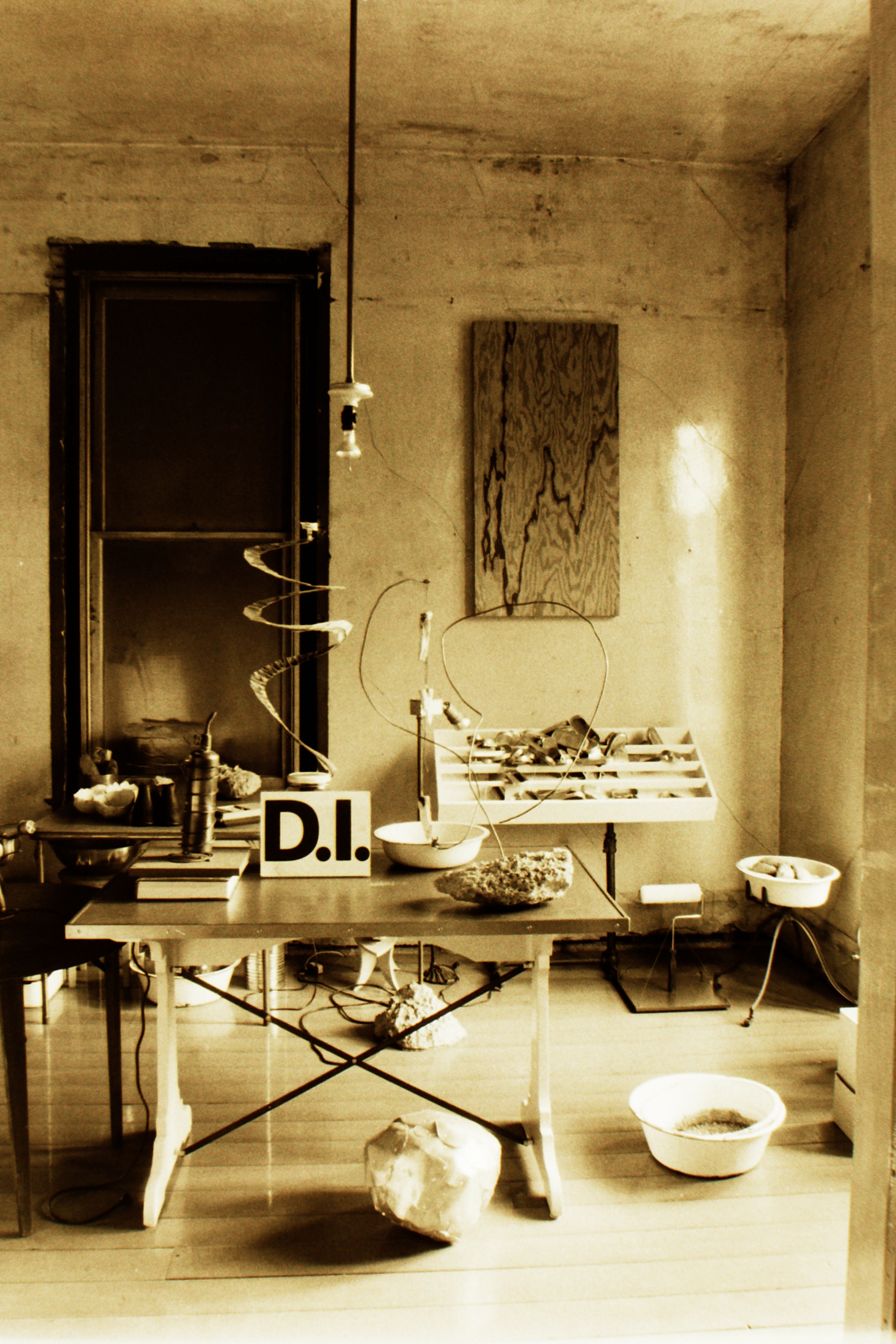 “…I’m just constantly looking for the place where they say something to me.”

David Ireland was very aware of space and what was happening inside of that space. The house at 500 Capp Street was never static. Ireland actively curated his home and constantly moved things around; a tradition that will live on through our exhibitions and programming at 500 Capp Street. Photos in our archive show furniture in multiple places and pieces of art installed in different locations throughout his home. In an interview with Susan Reiss, Ireland discusses the beginnings of this practice of his.

When reflecting on his youth, Ireland mentions camping trips he took with friends to deserted islands in the Northwest. They would get to these islands by boat and when they arrived they would be the only ones there. Rather than setting up camp in any spot, David would find what his friend called a, “power place.” According to Ireland, this just meant a place that exuded something, a place that appealed to him.

Once David found his “Power Place” he would arrange logs and certain items around his sleeping bag until the area became his special place to rest for the night. He continued to do this at his home at 500 Capp Street. He categorized these movements as actions. He would move things around until he felt that there was a resolution in the space. These resolutions were momentary because it is likely that he would’ve shifted things around again. He said, “It doesn’t mean that once again we can’t change it or do something more to it, but for that moment it is resolved, and I accept it as being resolved.”

How often do you move things around in your home? How do you know when you are satisfied with the placement of objects?