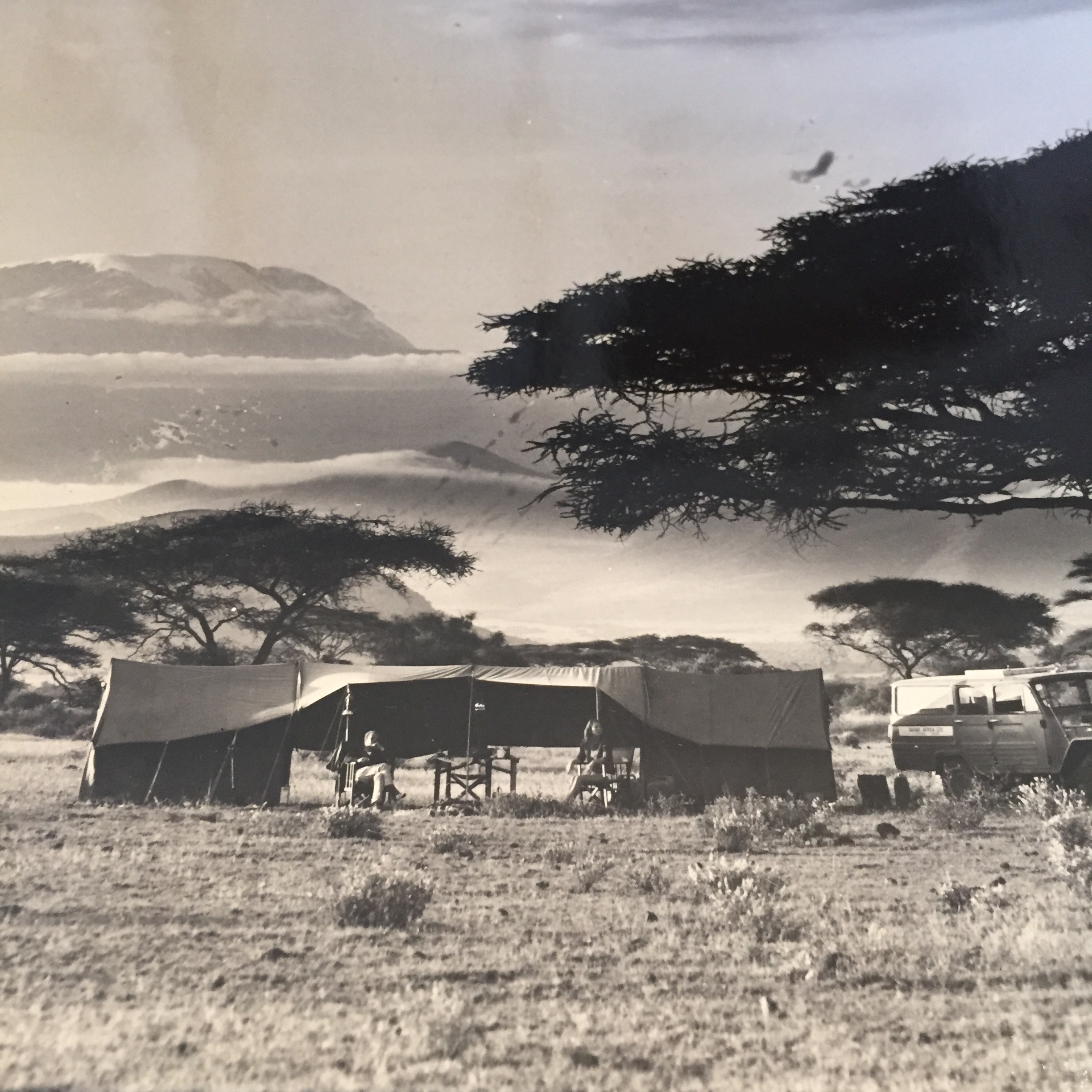 For the past 6 months, this blog has focused on David Ireland, the house at 500 Capp Street, and the transformation the house is currently undergoing. This week will be a departure.

The work at 500 Capp Street and the works created from its materials were informed by the history and life of the house. But David’s work was also greatly influenced by his travels.

In the Mission, David is remembered as highly committed to his community, taking care of his home, sweeping up outside and offering friendship to his neighbors.

But, David’s interests were not limited to the local, as he was also an avid world traveler. His time in the military sparked a lifelong love of exploration, and he spent time in Asia, Europe and most notably, Africa, and his experiences with myriad cultures influenced the work he produced.

The most evident of these influences came out of the time he spent in Africa. Prior to restarting his artistic practice in the 1970’s, David owned a company called Hunter-Africa. His business led guided tours through Tanzania and Kenya, imported and sold African collectibles out of a small shop at 1739 Union Street.

The influences of his time there are readily seen in David’s work, from the Africa-shaped wire sculptures to the Masai-influenced mud-patties applied to the walls of 500 Capp Street. Visitors to his home encountered skulls, figurines and other relics from the time in Africa.

Influences from his travels in Asia are also present – although not so visible. He was an avid reader of Zen philosophy and poetry, and those ideas can be seen in David’s conceptual practice…most notably in his iconic Dumballs.

While 500 Capp Street is a fixed location, it is important to look at it through a more global lens to see the full influence David’s travels had on the aesthetics of the house.