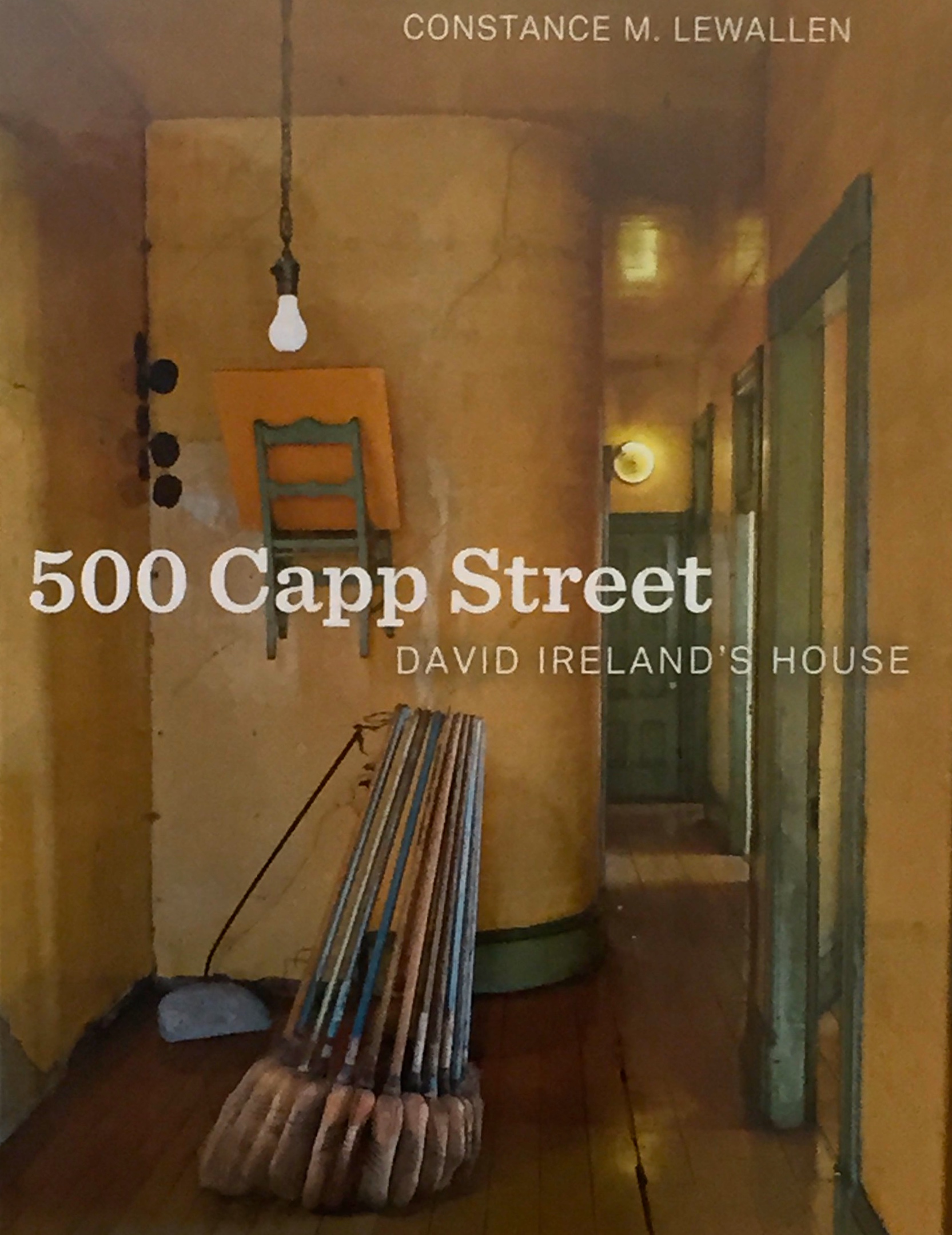 May has been a busy month for the 500 Capp Street Foundation. Not only is construction and restoration making great progress, but we have also had the privilege to celebrate another major milestone.

UC Press has published a book titled 500 Capp Street: David Ireland’s House written by Constance Lewallen which launched this month. A few titles have been released considering the life and work of Ireland, but never has a publication focused entirely on the house itself. We really mean it when we say we could not be more thrilled.

In the book, Lewallen tells the story of the transformation of 500 Capp Street from a rundown house in San Francisco’s Mission district to a site-specific environmental artwork, studio space, and artists’ social hub. Lewallen combed through historical records and interviewed Ireland to mine critical and untold aspects about the home. She examines the renovation and continued engagement that Ireland had with the house as well as the influence Ireland and his residence had on fellow artists. The book is lusciously illustrated with pictures showing the house in various states of installation, artworks and maintenance action images, and many photos of the artist himself. The textural contributions include a forward by the Foundation’s own Carlie Wilmans, an introduction by Jock Reynolds, an essay by Lewallen, and a poem about the house by John Ashbery.

Books can be purchased through Amazon, your local bookstore, or directly through UC Press.

If you already have your copy – tell us what you think in the comments below!