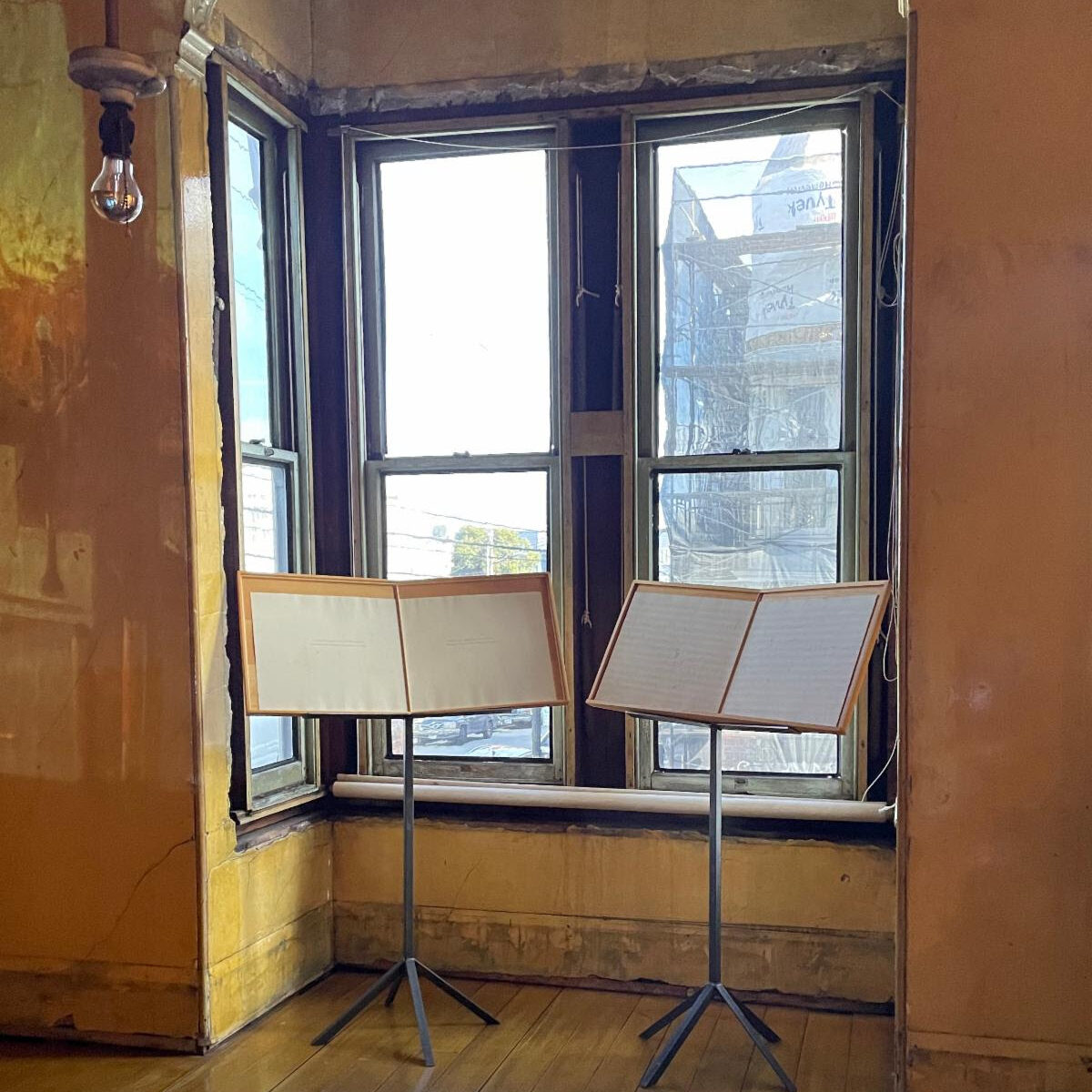 In the early 1990’s, David Ireland worked with Tim Berry at Teaberry Press and Tom Cvikota at C. Editions to print and publish A Variation on 79, Side to Side passes of a dumbball, Dedicated to the Memory of John Cage (1912-1992), 1993. The work was published as the first C. Editions project. It is comprised of two metal music stands, five intaglio prints and two pine boxes.

The work highlights Ireland’s experimental and conceptual methods, as they are made by different methods of mark-making with each turn of the page. One process involves rolling a musket bullet “dumbball” over the surface of a copper plate 79 times. 79 passes—one for each year of John Cage’s life. Cage died at age of 79. Tim Berry also shares, “…the ball was rolled over a plate covered in a soft asphaltum ground where it collected the wax as it transversed the plate 79 times exposing the metal beneath. These open traces were then exposed to acid where it etched creating the then printable lines.” In some marks on the print, Cvikota and Berry mention, “…the effect is a subtly evocative field that suggests an expressive Shodo calligraphic mark.” Apparently, Cage was fascinated by Japanese calligraphy. They further go on, “…what binds the project as a whole is David Ireland’s vision of a performative collaboration, between artist, printer, publisher and viewer.”

David Ireland did not want these sets of prints framed. He wanted them on music stands, where the paper could absorb the oils on people’s hands as they turn the page. He hoped the music sheets could be also played. This is a rare opportunity to see the work mounted in its original intended form, and it is on view during regular visiting hours.

This project acknowledges the tireless work and support of both Thomas Cvikota and Tim Berry in helping us re-mount this work for this current iteration.