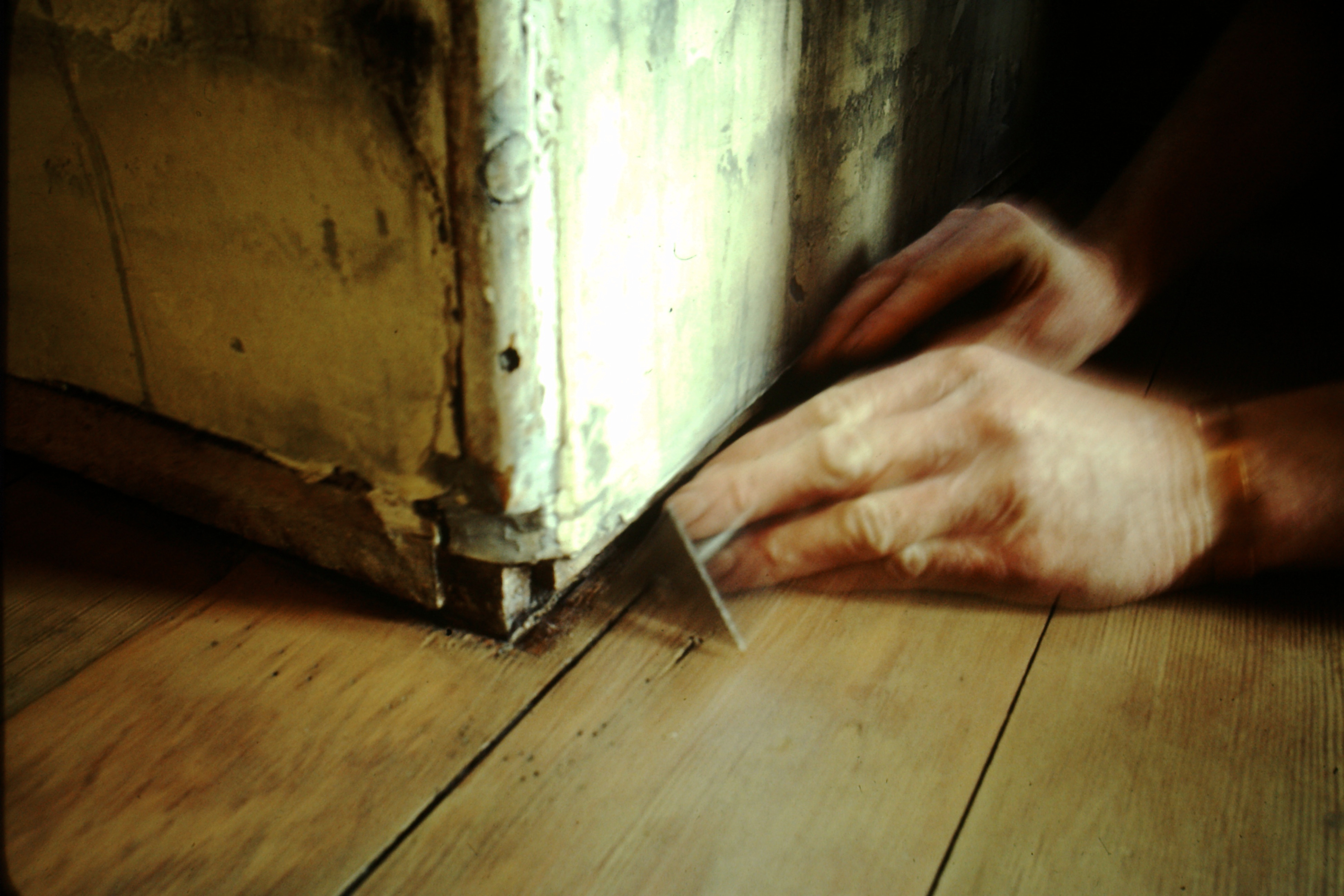 “So much of what I do is living my life and art simply occurs in the process.”

This quote from David Ireland speaks to belief that art and life are inseparable and indistinguishable from one another. This philosophy is directly reflected in 500 Capp Street. Ireland’s home became a repository for his artworks and, similar to his practice of changing and rearranging artworks in cabinetry, he continually tweaked the artworks in his home. The house was not static, it was very fluid and intuitive like his overall approach to art.

This notion of Ireland melding art and life together is evident in the works of art that he created in his home. Sculptures were made from detritus of his original maintenance actions; jars filled with sawdust from sanding the floors and pieces of old torn down wall paper were wadded into perfect spheres. He gave new life to objects that were left behind from the previous owner. Ireland found a three-legged chair, which one would normally discard of, attached a little red book to it by a chain and it became representative of parrallell narratives about things that are missing a leg. Broom Collection with Boom, (1978/1988), a semi-circular arrangement of old brooms organized from most worn out to least worn out became a metaphor for the passage of time. Then there were pieces that are now permanent fixtures or installations in his home like, Untitled (The View From this Window), 1979. Ireland created this piece when a window broke in his home. He replaced the glass with a copper plate, obscuring the view. However before he covered it up, he recorded himself describing what he saw from that vantage point and placed a tape player of the recording on a table in front of the window. This piece specifically came from the process of living at the house, and was reacting to the need to make a home repair.

The house at 500 Capp Street was actively curated by Ireland and it was very important to him that the house would continue to be a living thing rather than a mausoleum. By the simple act of maintaining his home, David Ireland truly demonstrated what it means to live your life and have art occur in the process. To quote Ireland, “you can’t make art by making art.”